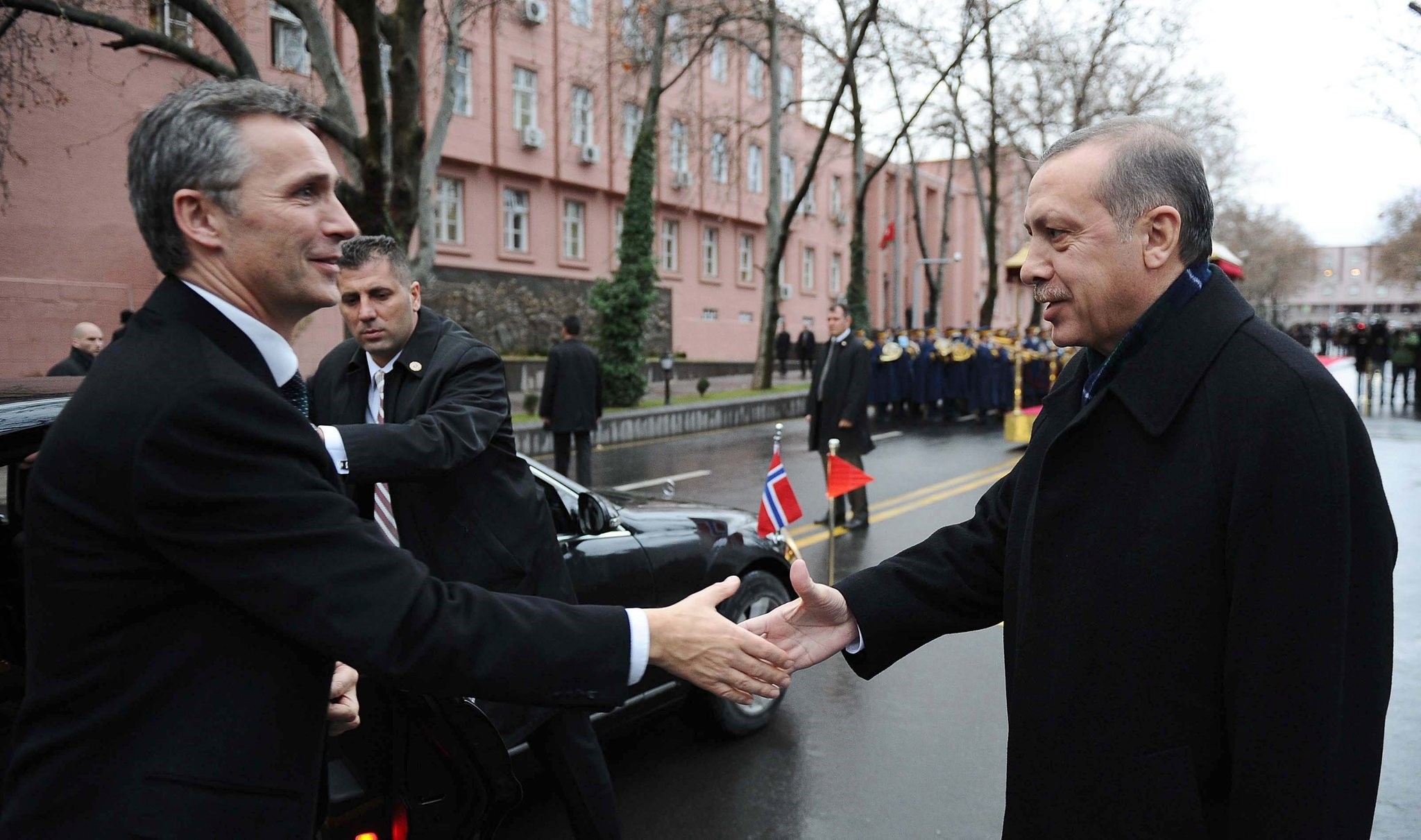 According to the presidential sources, Stoltenberg informed Erdoğan that the individual behind the incident was immediately removed from his post.

The NATO chief also underlined that Turkey is an important NATO member and the alliance took necessary precautions to prevent such an incident from happening again.

Stoltenberg also told Erdoğan he hopes the scandal would not have a negative impact on relations between Turkey and NATO.

Turkey withdrew its troops from a NATO military drill in Norway after Erdoğan said Friday that his name and the picture of Mustafa Kemal Atatürk were used in an "enemy chart".

Stoltenberg apologized to Turkey in a written statement as well as to Turkish military chief Gen. Hulusi Akar during a face-to-face meeting in Canada.