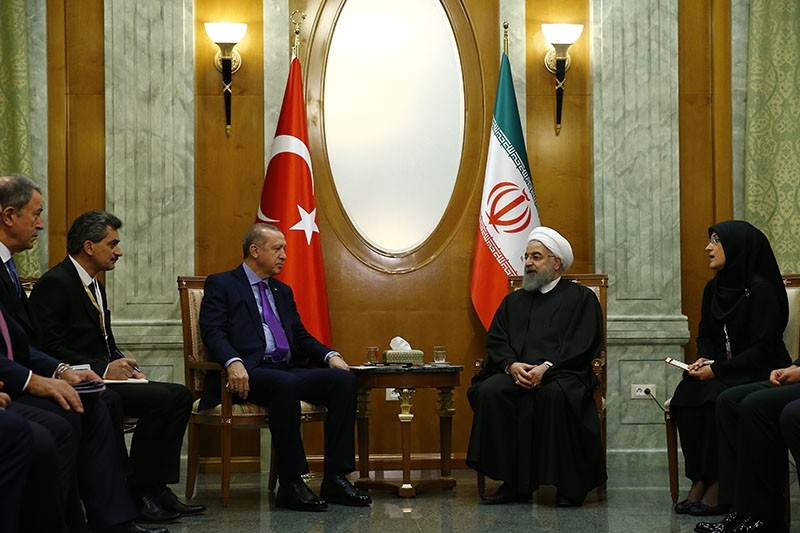 President Recep Tayyip Erdoğan and his Iranian counterpart Hassan Rouhani met Wednesday on the sidelines of a Syria summit in Russia.

The bilateral meeting came before the start of the trilateral summit between the presidents of Turkey, Russia, and Iran at the Rus Sanatorium in the coastal city of Sochi.

During the trilateral meeting, Erdoğan, Rouhani, and Russia's Vladimir Putin will discuss progress made in the Astana peace talks as well as changes in de-escalation zones across Syria.

Turkey and Russia, together with Iran, are the guarantor countries that brokered a cease-fire in Syria in December 2016, leading to the Astana talks, which are running parallel to the Geneva talks for peace in Syria.