Arrested consulate employee confesses he visited US with FETÖ-linked officers 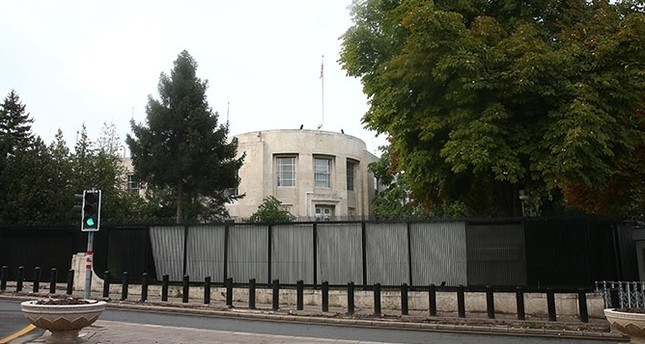 According to Anadolu Agency (AA), Topuz said in his testimony that he visited the U.S. with former Istanbul Deputy Branch Director for Combating Financial Crime Yasin Topçu, former police Chief Yakup Saygılı and former bureau Chief İbrahim Şener, who are all FETÖ suspects involved in carrying out the 2013 probes designed to overthrow the government.

Judicial sources told AA on condition of anonymity that Topuz arranged several meetings for the FETÖ-linked figures in the U.S., including with U.S. Drug Enforcement Administration (DEA) officials and U.S. attorneys.

The group then allegedly traveled to the office of the U.S. Attorney for the Southern District of New York on Sept. 27 and met with attorney Michael Ferrera, later meeting with the DEA's financial crime group chief in New York.

Topuz testified that the visit consisted of sharing information with U.S. officials rather than the exchange of information or cooperation.

The Bureau of Terror and Organized Crime of the Istanbul Chief Public Prosecutor's Office requested additional testimony from Topuz after learning about his contact with former Prosecutor Zekeriya Öz, a key FETÖ fugitive accused of attempting to overthrow the government by force.

The initial statutory statement sent by the Istanbul Chief Public Prosecutor's Office to the criminal court said Topuz was charged with "attempting to eliminate constitutional order," "espionage" and "attempting to overthrow the government of Turkey."

The police officers, Saygılı, Topçu and Şener, are currently in jail awaiting trials for plotting to bring down Turkey's democratically elected government and for infractions of the rules as part of the 2013 probe.

Previously, a witness said Topuz arranged false witnesses for a prosecutor to imprison innocent people who were against FETÖ's interests as part of the Ergenekon trials.

According to the indictment, the suspect was in contact with a number of former police chiefs in Istanbul where he worked, and all of the listed police chiefs involved in the 2013 coup attempts were FETÖ members in the judiciary and law enforcement.

He was also in touch with Oktay Akkaya, a former lieutenant colonel who played a main role in the 2016 coup attempt.

His arrest damaged relations between Turkey and the U.S., resulting in both countries suspending nonimmigrant visa services at the missions in their respective countries.