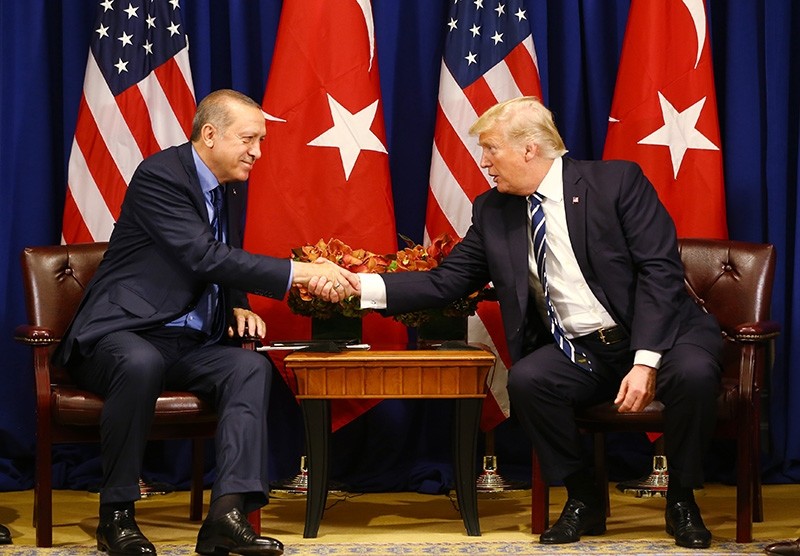 The trial of Turkish-Iranian gold trader Reza Zarrab in New York adds to a growing narrative that the West is plotting against Turkey, explains the U.S. Bloomberg news agency.

In an article published online entitled "Conspiracy or Not, Turkey's Ties to West Are at Risk," Bloomberg suggests that events such as Zarrab's testimony in the U.S. on the violation of Iran sanctions and the July 15 coup attempt have strengthened suspicions that the West has been aiming to weaken powers in Turkey for years.

The article shows that the residents of Istanbul's Kasımpaşa district – where President Recep Tayyip Erdoğan was born and grew up – saw Zarrab's testimony as part of the U.S.'s plan "to overthrow a NATO ally's democratically elected leader and bring a weakened Turkey to heel."

"The government and even its opponents believe Turkey has genuine cause for its sense of betrayal by the West," the report said.

Citing an unnamed senior government official, who said any problem with Turkey is now seen as a problem with the West, the report traces the situation back 50 years to Cyprus.

In 1964, U.S. President Lyndon Johnson forbade the Turkish government from using weapons supplied by the U.S. to protect Turkish Cypriots against aggression from Greek Cypriots. When Turkey conducted a military operation on the island, the U.S. reacted by imposing an arms embargo.

Since then, Turkey has seen the West back anti-Turkish terrorist organizations time and again – including a group of Armenian exiles who received safe haven in the U.S. after killing 32 Turkish diplomats in 1970s, and more recently, U.S. provision of arms to PKK and the PKK's Syrian offshoot, the Democratic Union Party (PYD), as well as harboring of Fetullah Gülen, the leader of the Gülenist terror group and mastermind behind the July 15 coup attempt.

The report also points out that, on the other side of the Atlantic, traditionally pro-Turkey attitudes within the U.S. government are changing.

If a break between NATO and Turkey should come to pass, the alliance would be deprived of its second largest ally, and Turkey would be left to fend off regional rivals like Iran and Russia alone.

When Turkey shot down a Russian fighter jet in November 2015, its alliance with NATO provided backing to avoid a military showdown.

Economically, however, Turkey remains firmly integrated into western markets, with the U.S. and Europe accounting "for more than half of Turkey's exports, compared with about a tenth for the Middle East and Russia."

"Of $131 billion in foreign direct investment in Turkey, more than 75 percent is from Europe and the U.S.; China accounts for just $571 million," the report adds.

It also emphasizes the foundational role of U.S. and European credit in the Turkish economy, withdrawal of which would constitute a significant "shock."