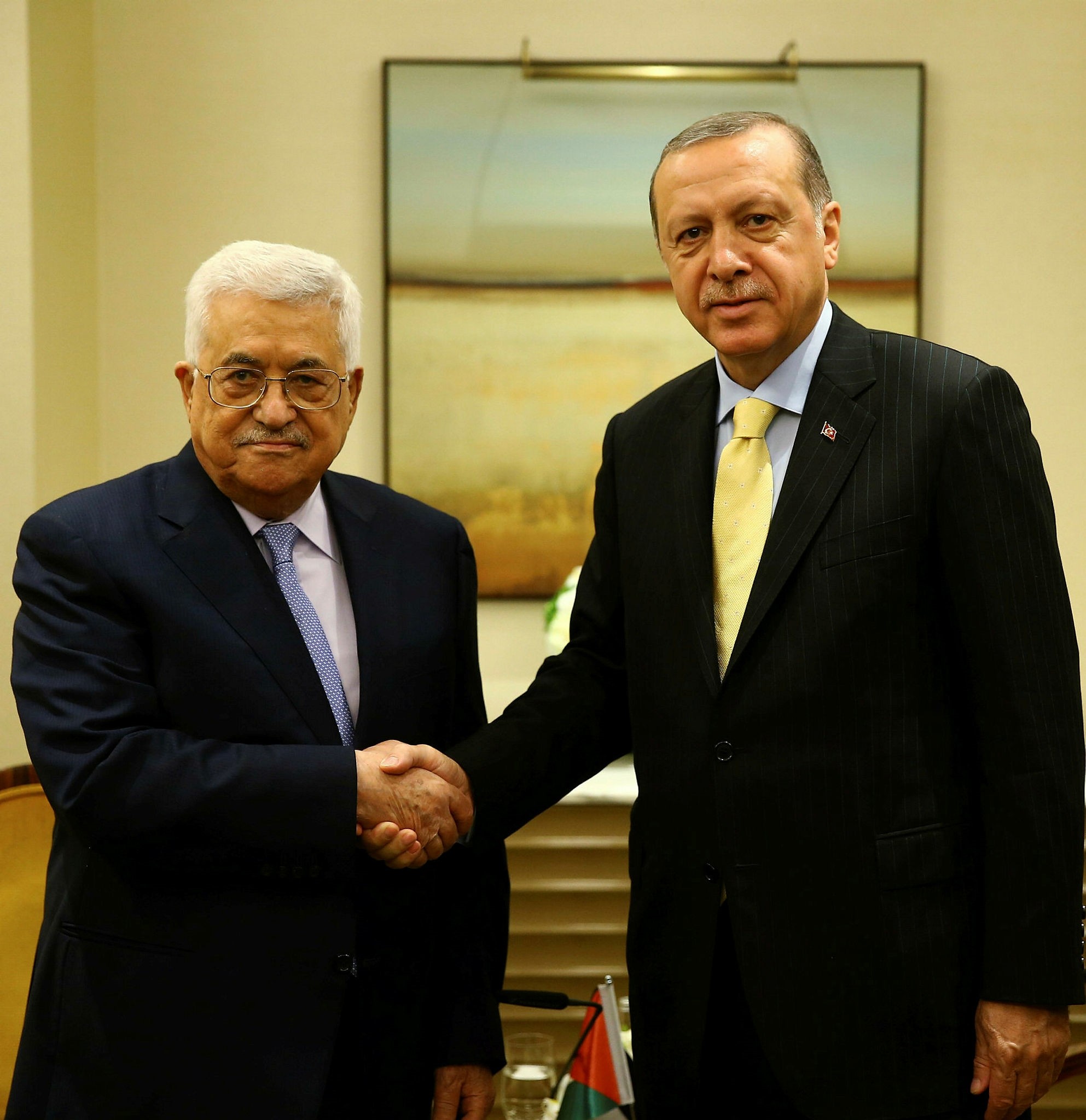 President Recep Tayyip Erdoğan met with his Palestinian counterpart Mahmoud Abbas in Istanbul late Tuesday ahead of the Organization of Islamic Cooperation (OIC) emergency summit to be held on Wednesday.

According to a Turkish presidential source, who spoke on condition of anonymity due to restrictions on speaking to the media, the leaders met at the Beylerbeyi Palace, where they had a closed-door meeting that lasted for one hour.

During his election campaign last year, Trump repeatedly promised to relocate the U.S. embassy from Tel Aviv to Jerusalem.