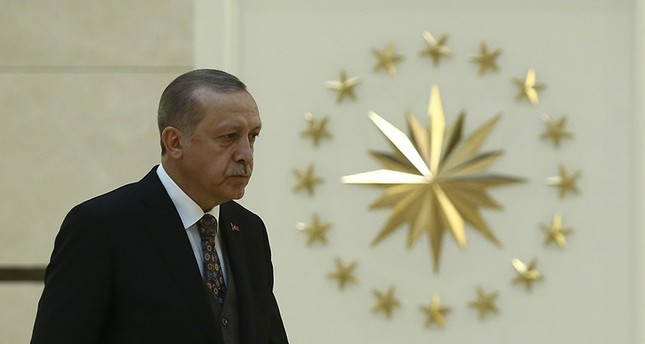 Turkish President Recep Tayyip Erdoğan welcomed the newly-appointed ambassadors of South Korea, the Republic of Congo and Lebanon at the presidential complex in Ankara Tuesday.

Later in the day, President Erdoğan held a closed-door meeting with a delegation of Turkey Friendship Group of the Palestinian Legislative Council.

The strong relationship between Turkey and South Korea goes back decades to Turkey's military support on the peninsula during the Korean War. Most recently, the two partners have looked to strengthen economic ties, particularly in the construction and renewable energy sectors.

Amid regional and domestic tensions for Lebanon, Turkey has expressed its support for the country's stability, particularly in regards to the potential of terrorism to destabilize the political and social order of the regional neighbor.

Share on Facebook Share on Twitter
Previous in Diplomacy The head of the Turkish delegation to the Parliamentary Assembly of... Next in Diplomacy President Recep Tayyip Erdoğan held a phone call late Wednesday with...
DAILY SABAH RECOMMENDS