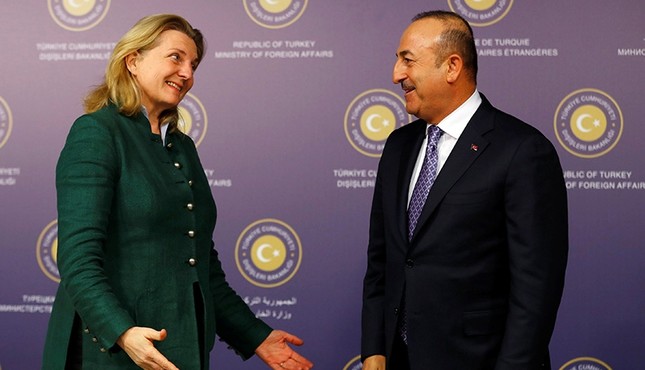 Turkish Foreign Minister Mevlüt Çavuşoğlu said Thursday that Turkey and Austria looked to normalize relations after months of tensions between Ankara and Vienna.

Speaking at a joint news conference with his Austrian counterpart Karin Kneissl, Çavuşoğlu said: "We've agreed to normalize our relations."

"It will be more beneficial to speak [to each other] directly and stop communicating through the press," he added. 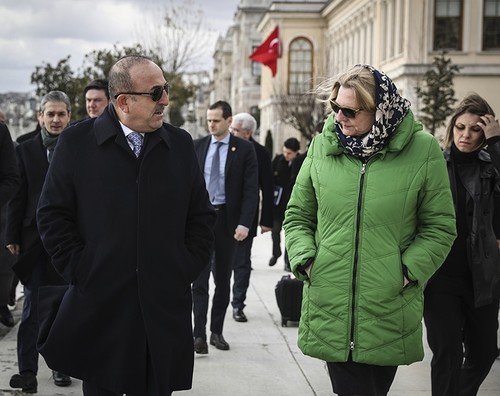 Kneissl said: "We know we have some disagreements between each other. This is not a secret […] but we think that there are many subjects between Vienna and Ankara that we can negotiate. This was the main reason for coming here."

Ties between the two countries soured in 2016, due to restrictions imposed by Austrian authorities on Turkish politicians who wanted to campaign in the country ahead of a key referendum in Turkey. The campaigns were to planned to reach Turkish nationals living in Austria.

Ankara had also sharply criticized the Austrian government for what it considered to be illiberal integration policies, its populistic rhetoric, and failure to take a strong stance against growing racism and Islamophobia.

Regarding Operation Olive Branch, the Austrian minister said: "I told [Cavusoglu] that we have been following the developments here [in Afrin] with concern [...]. I can say that we have agreed that all the subjects here [in Afrin] could be resolved actually through negotiation. We said that political decisions should be taken here."