US in talks with Turkey over possibility of creating a 'secure zone' in Syria: Pentagon 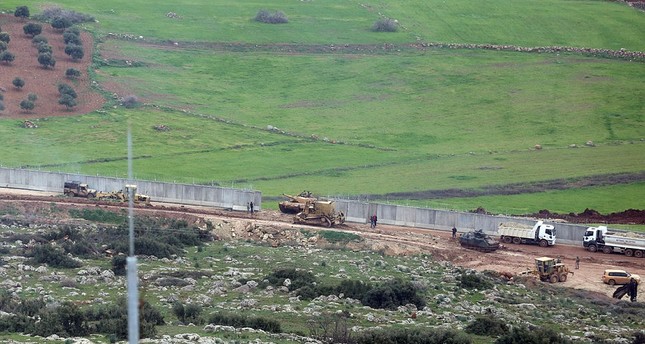 Turkish tanks being deployed along the border with Syria amid the Operation Olive Branch. (AA Photo)

US and Turkish military commanders have discussed the possibility of creating a "secure zone" along the border with Syria, a Pentagon spokesman said Thursday amid Turkey's ongoing military operation in Syria's Afrin against the YPG and Daesh.

"Clearly we continue to talk to the Turks about the possibility of a secure zone, whatever you want to call it," Lieutenant General Kenneth McKenzie told reporters.

"We've looked at that for a couple of years in various different iterations and no final decision on it yet. Our military commanders are still talking so I would say it's a concept that's out there ... it's simply an idea that's floating around right now."

McKenzie did not go into details about what a safe zone might entail, but Turkish media have said Secretary of State Rex Tillerson told his Turkish counterpart Foreign Minister Mevlüt Çavuşoğlu that he supports creating a secure area that reaches 30 kilometers (18.5 miles) into Syria.

The Pentagon made another statement later Thursday, saying it closely monitors weapons provided to YPG.

"We monitor the weapons we have provided [YPG] carefully and ensure that weapons do not fall into the wrong hands," McKenzie said in a statement.