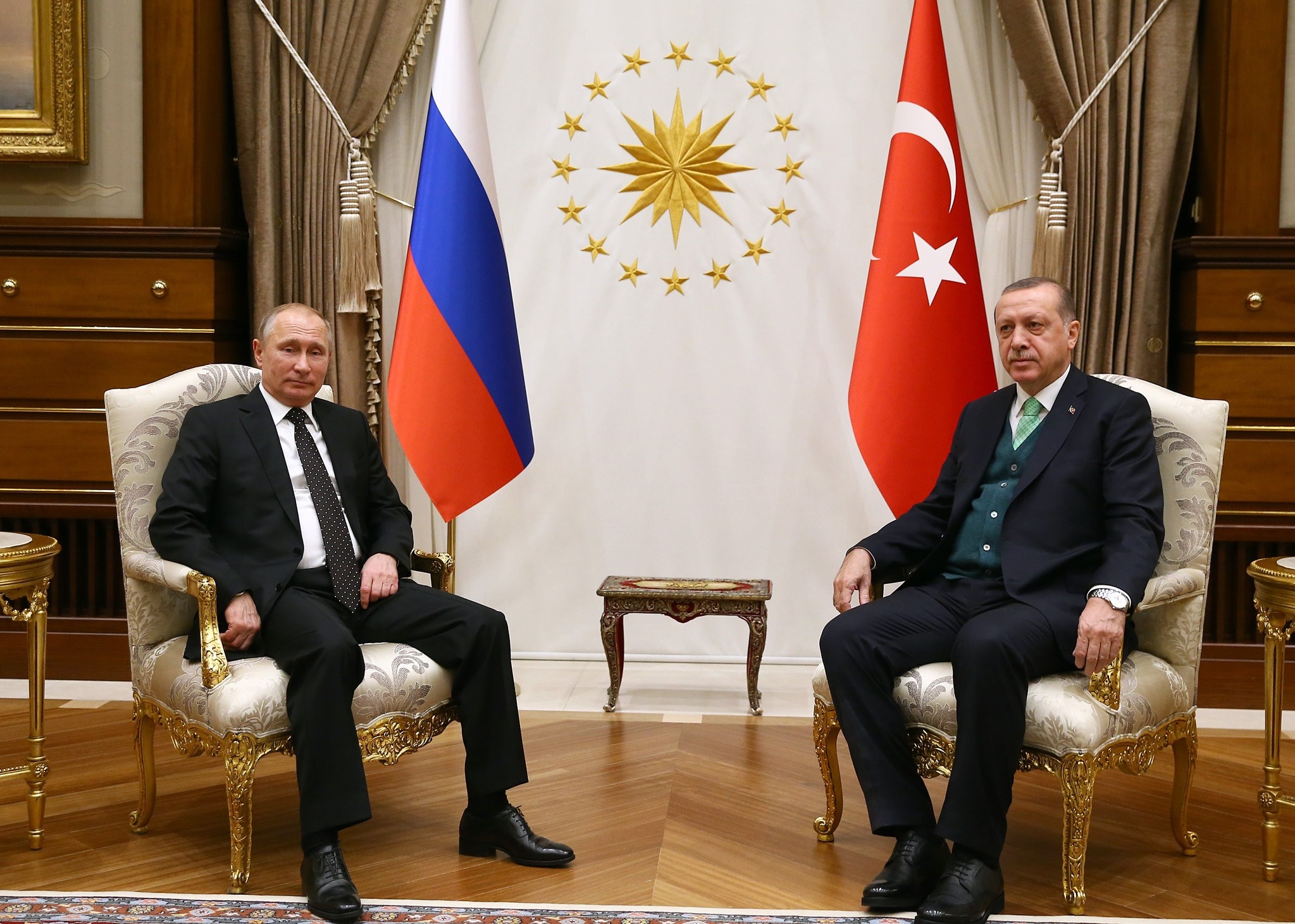 In the phone call, the two leaders reiterated that humanitarian aid must be delivered to civilians immediately to put an end to this tragedy, and agreed that ending the disaster was "essential".

Additionally, in accordance with the U.N. Security Council's decision, Turkish, Russian and Iranian joint efforts were termed crucial to fully implement a truce in eastern Ghouta.

Between Feb. 19 and March 5, a total of 824 civilians have been killed in ground and aerial attacks on eastern Ghouta, according to local civil defense sources.

The Assad regime has continued to conduct ground and air attacks in eastern Ghouta despite separate cease-fire initiatives endorsed by Russia and the U.N. Security Council.

Home to some 400,000 people, eastern Ghouta has remained under a crippling siege by the Assad regime for the last five years.

Within the last eight months, regime forces have stepped up their siege, making it nearly impossible for food or medicine to enter the district and leaving thousands of people in need of medical treatment.

Putin and Erdoğan also exchanged views on the trilateral summit scheduled to be held in Istanbul in April on the situation in Syria, sources added.

Turkey, Russia and Iran will hold a summit in April to discuss Syria and potential steps in the region, the spokesman for the Turkish foreign ministry announced Tuesday.

The first installment of the summit, which served as the continuation of the Astana talks, was held in Sochi on Nov. 22, 2017. Iranian President Hassan Rouhani, one of the guarantors of the Astana peace process, will also attend the summit.

The Sochi Summit, brokered by Turkey, Russia and Iran, was supposed to bring warring sides together to find an ultimate solution to the Syrian war and create a new constitution.

Turkish Foreign Minister Mevlüt Çavuşoğlu is scheduled to visit Russia between March 12 and 14.