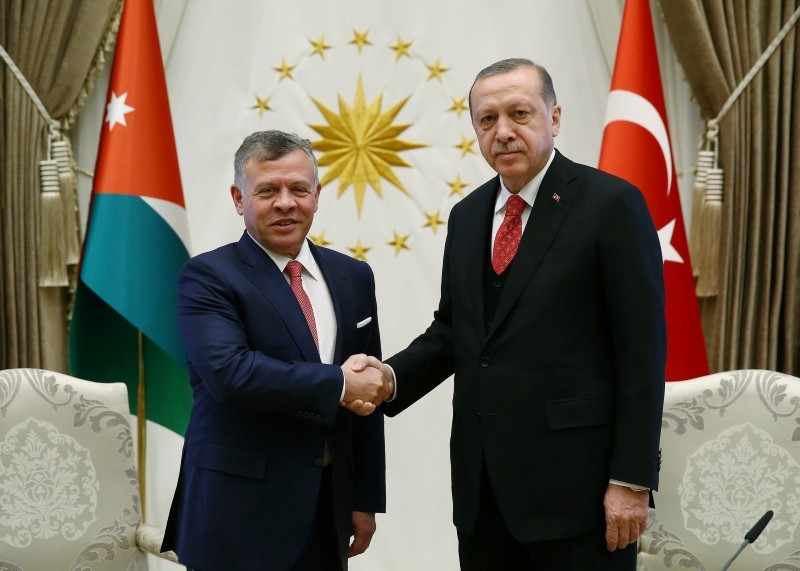 The phone call came a day after four Palestinians were killed and dozens of others were injured in the eleventh Friday of protests in Gaza against Israeli occupation and blockade.

The two leaders also touched upon joint efforts to preserve the status of Jerusalem.

During the phone call, Erdoğan also wished a successful term to the newly-appointed Prime Minister Omar al-Razzaz, who was recently entrusted by King Abdullah with forming the new cabinet after his predecessor Hani Mulki resigned over mass protests aimed at a proposed tax bill.

Both Erdoğan and King Abdullah confirmed their interest to develop bilateral relations between the two countries.