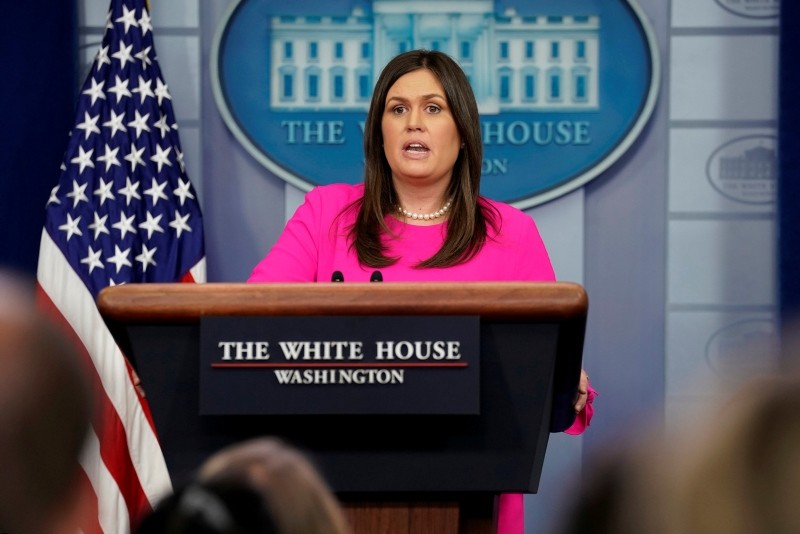 The White House said Monday that it is working to set up a phone call between President Recep Tayyip Erdoğan and his U.S. counterpart Donald Trump to 'reaffirm the strong bond' between the two countries following the Turkish president's election victory.

The U.S. State Department also made a statement following the elections and said it respected the decision of Turkish voters and looked forward to constructive ties with President Erdoğan.

"We respect the decision of Turkish voters and look forward to a constructive relationship with President Erdoğan as we jointly confront common challenges," said a State Department spokeswoman who declined to be identified by name.

Erdoğan received 52.6 percent of the vote in the elections Sunday and became the first president to serve under the new governing system.

Ankara and Washington ties have been weathered by several issues including the latter's support for the Syrian Democratic Forces (SDF), which is dominated by the PKK-linked People's Protection Units (YPG), sparking fears of a direct confrontation between the two NATO allies.

Turkey previously launched Operation Olive Branch on Jan. 20 to eliminate the YPG from Afrin province in northwestern Syria. The YPG's ultimate aim is to establish an autonomous region in northern Syria by connecting the northwestern Afrin canton to the Kobani and Jazeera cantons in the northeast.

The two NATO allies recently prepared a Manbij roadmap, which focuses on the withdrawal of the YPG from the northern Syrian city and achieving stability in the region. It envisaged the deployment of Turkish forces to assure peace in the region and train local forces to establish and maintain security.