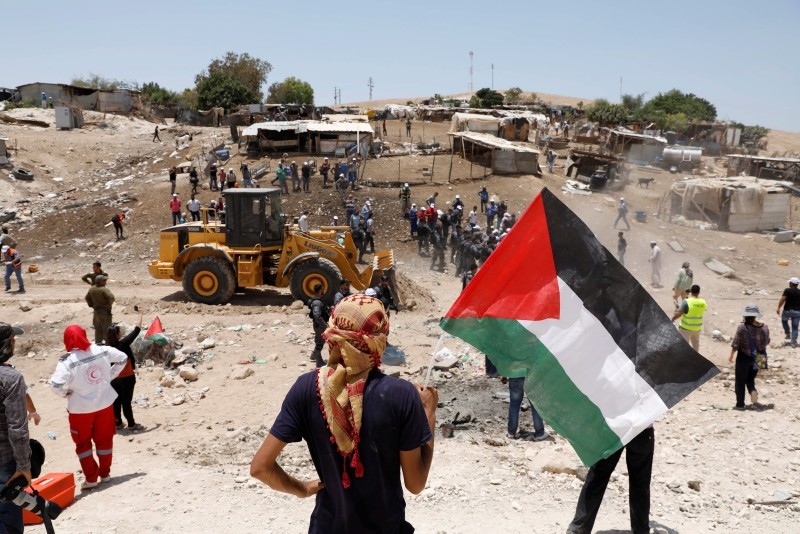 In a statement, the Foreign Ministry also condemned "the start of preparations for demolishing in the Bedouin region of Khan Al-Ahmar in the occupied Palestinian territories".

"These acts carried out by the Israeli authorities with impunity jeopardize the contiguous and independent Palestinian State perspective," it said.

The ministry urged Israel to end "its illegal activities which exacerbate tensions in the region and undermine the two-state solution vision."

The 700-person strong Abu Nuwar Bedouin community, who are in the area C, refused to leave their villages despite continuous threats and pressures from the Israeli authority.