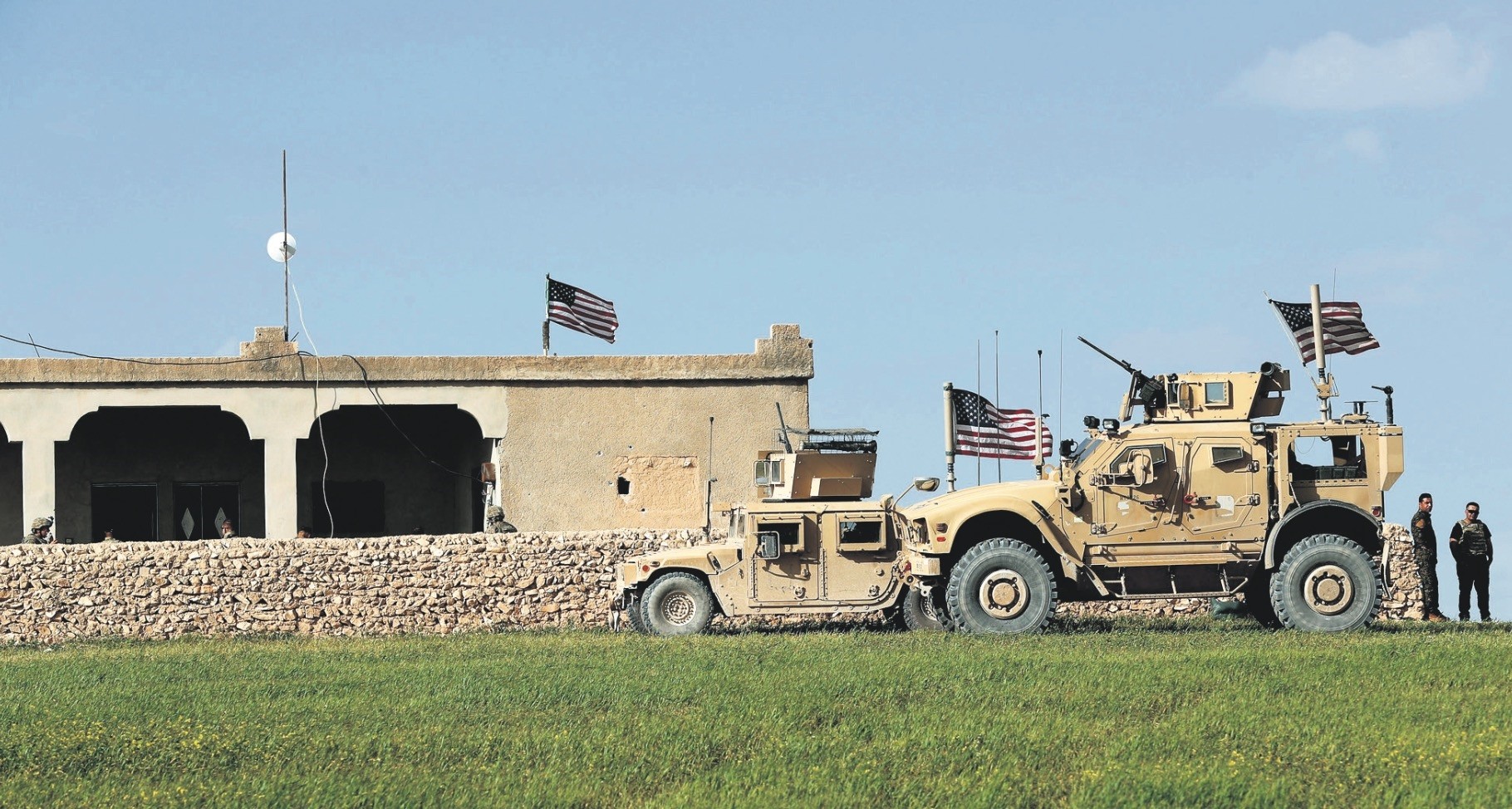 Following a recent agreement on the withdrawal of the YPG from Manbij, the two NATO allies are negotiating the structure of a local administrative council

The negotiations between Turkey and U.S. over who is going to take the helm of the Manbij Military Council are on the table following an agreement over the withdrawal of the People's Protection Units (YPG).

The Manbij Military Council, a militia allied to the U.S.-backed Syrian Democratic Forces (SDF) in northern Syria, is currently under the leadership of YPG terrorists, the PKK's Syrian affiliate.

In Manbij, most of the local groups are supporting Turkey. Interest in holding power in the city makes the structure and administration of the council a high-stakes negotiation.

The Manbij Military Council was formed on April 3, 2016 with the joining of a number of groups, including Thuwar Manbij, Liwa Jund al Haramein, the Gathering of the Euphrates Brigades, Liwa al Qusay, the Turkmen of Manbij Brigade, the Northern Sun Brigades and the Tribal Army.

The YPG took over Manbij in 2016, after Daesh terrorists were defeated in the province.

On Wednesday, Turkish military forces completed their ninth round of patrolling missions in Manbij, while the complete withdrawal of YPG terrorists from the city is underway, and officials are waiting to confirm this has been completed. a

The first patrols by both Turkish and U.S. troops in the region began on June 18, after a Manbij road map was announced following a meeting in Washington between Foreign Minister Mevlüt Çavuşoğlu and U.S. Secretary of State Mike Pompeo in early June.

Turkey's insistence on clearing its border from terrorist organizations has led to the Manbij agreement between Ankara and Washington, which foresees the withdrawal of PKK-affiliated groups from Manbij to the east of the Euphrates River.

The YPG's ultimate aim is to establish an autonomous region in northern Syria by connecting the northwestern Afrin canton to the Kobani and Jazeera regions in the northeast. Thus, Turkey expressed that the presence of terror forces near its border constitutes a threat and has launched military operations and other efforts to rid the region of terrorists. Earlier, Operation Olive Branch was launched on Jan. 20 to eliminate the YPG from Afrin province in northwestern Syria.

Should the Manbij model prove to be a success, Turkey will push for a similar arrangement in eastern Syria to remove terrorist elements that have major affiliations with the PKK.

Meanwhile, Prime Minister Binali Yıldırım said that Turkey is reiterating its message to the U.S. for working together on Manbij, during an interview with Anadolu Agency (AA).

"We are telling the U.S. clearly that we work together in Manbij, Syria but we don't want any threats east of the Euphrates," he said. Meanwhile, an explosion at Al Hayya village in Manbij yesterday was reported to have left one dead and a dozen others injured.