Ankara's security concerns to be conveyed at two-day NATO summit 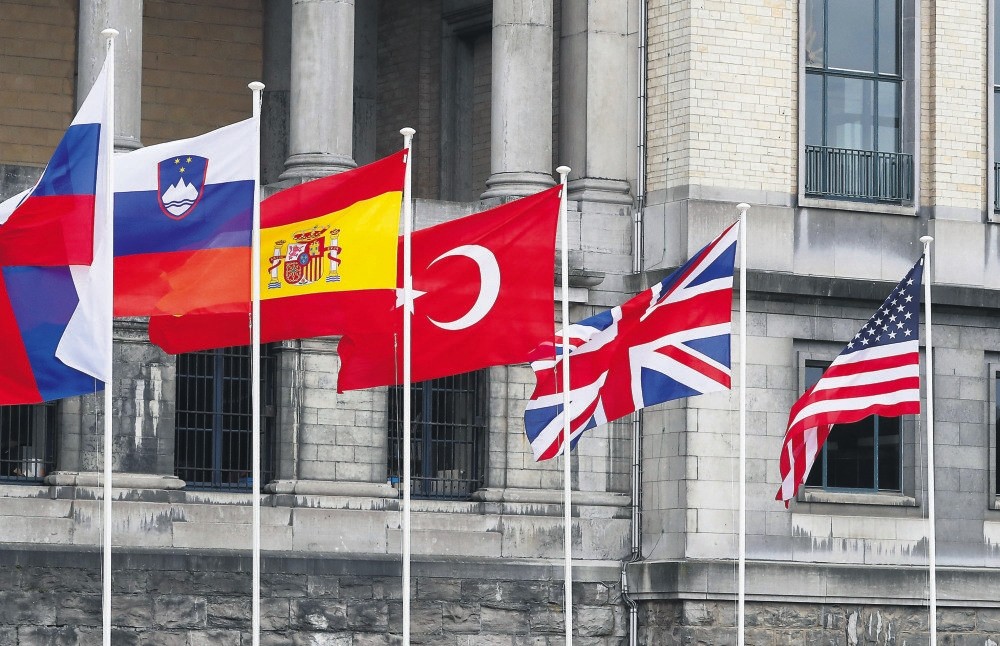 President Recep Tayyip Erdoğan will leave for Brussels today to attend the Meeting of NATO Heads of State and Government, during which he is expected to discuss Turkey's counterterrorism efforts with ally countries and hold bilateral meetings with several leaders, including U.S. President Donald Trump. The meeting, which will be held today and tomorrow at NATO's new headquarters building in Brussels, is Erdoğan's first international summit after taking office for a new five-year term as president. A statement released by Turkish presidential sources said yesterday that strategic steps regarding NATO and Euro-Atlantic security will be discussed.

The statement added that in two separate panels NATO's cooperation with Georgia and Ukraine, as well as members' support and cooperation with Afghanistan will be discussed among other topics.

During the NATO summit, Erdoğan is expected to hold a bilateral meeting with U.S. President Donald Trump, where he is expected to discuss the recent strained ties between Ankara and Washington, particularly the U.S. partnership with PKK's Syrian affiliate, the People's Protection Units (YPG) and the extradition of Fetullah Gülen, the leader of the Gülenist Terror Group (FETÖ), who is the mastermind of the failed July 15, 2016 coup attempt in Turkey.

Turkey's decision to purchase S-400 air missile defense systems from Russia will be among the issues discussed during Erdoğan's meeting with NATO leaders. Ankara has been disappointed with NATO allies for not supporting Turkey's fight against terrorism and the lack of cooperation in meeting Turkey's defense needs.In addition, the Turkish president is expected to meet with European Council President Donald Tusk, European Commission President Jean-Claude Juncker and European Parliament President Antonio Tajani.Several members of Turkey's new Cabinet will reportedly accompany Erdoğan on his visit. In last year's summit, NATO members agreed to fight all kinds of terrorism.Turkey to provide military training in Iraq

During the summit, an agreement is expected to be reached regarding the Turkish military providing training in Iraq. As part of NATO's military training project in Iraq, military schools and academies will be built. Turkish military authorities will train the Iraqi army on how to put forward effective combat strategies against PKK and Daesh terrorists.

NATO Secretary General Jens Stoltenberg was quoted by Doğan News Agency on Monday as saying that Turkey is also preparing to take on a new, bigger role in the transatlantic alliance with a task to command the Very High Readiness Joint Force (VJFT) in 2021 along with France, Germany, Italy, Poland, Spain and the United Kingdom.

"The details related to the Turkish rotational lead are still being finalized, but this is another example of Turkey's valuable contributions to Euro-Atlantic security," he was quoted as saying.

NATO created the VJTF during the 2014 Wales Summit in the U.K. as a "spearhead force" within the NATO Response Forces against risks and threats that might arise in Russia, the Middle East and North Africa.

According to NATO's website, the VJTF comprises a multinational 5,000-troop brigade with up to five battalions, supported by air, maritime and special forces units.