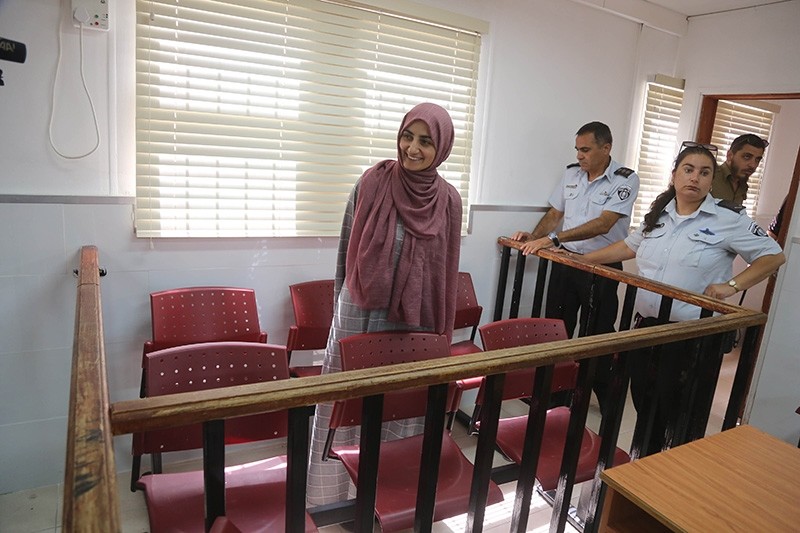 An Israeli court on Wednesday upheld the decision to conditionally release detained Turkish national Ebru Özkan, who has been under arrest since June 11 for allegedly aiding Palestinian group Hamas during a touristic visit to Jerusalem. Later on the same day, Özkan was released.

Özkan, 27, appeared at a Wednesday hearing at the Ofer military court in the Israeli-occupied West Bank. Prosecutors lodged an objection on Tuesday after the court ruled to release Özkan on bail set at 15,000 Israeli shekels (roughly $4,125).

She has been forbidden to leave the country and her passport has been confiscated by Israeli police. Ankara, meanwhile, has registered its objection to Özkan's arrest, vowing to take appropriate steps in response.

A military court ordered her conditional release on Monday. The 27-year-old was awaiting release if the Israeli prosecutor did not appeal the verdict by 5 p.m. on Wednesday.

According to Özkan's lawyer Omar Khamaysa said she was charged with asking to transfer money and a cell phone charger to Hamas members, but she wasn't aware of their identity. She was also charged with giving five bottles of perfume to another allegedly Hamas linked Palestinian.

Özkan is not the first Turkish national to have been recently detained by Israeli authorities.

In January, Osman Hazır, a 46-year-old Turkish citizen, was arrested for snapping a selfie at East Jerusalem's Al-Aqsa Mosque while holding a Turkish flag.

And last December, Israel arrested Abdullah Kızılırmak and Mehmet Gargılı after they quarreled with Israeli police who had tried to bar them from entering the flashpoint holy site.

The same month, Adem Koç was arrested inside the Al-Aqsa Mosque compound for allegedly "disturbing the peace and taking part in an illegal demonstration."