US authorities block protest in front of Gülen's mansion 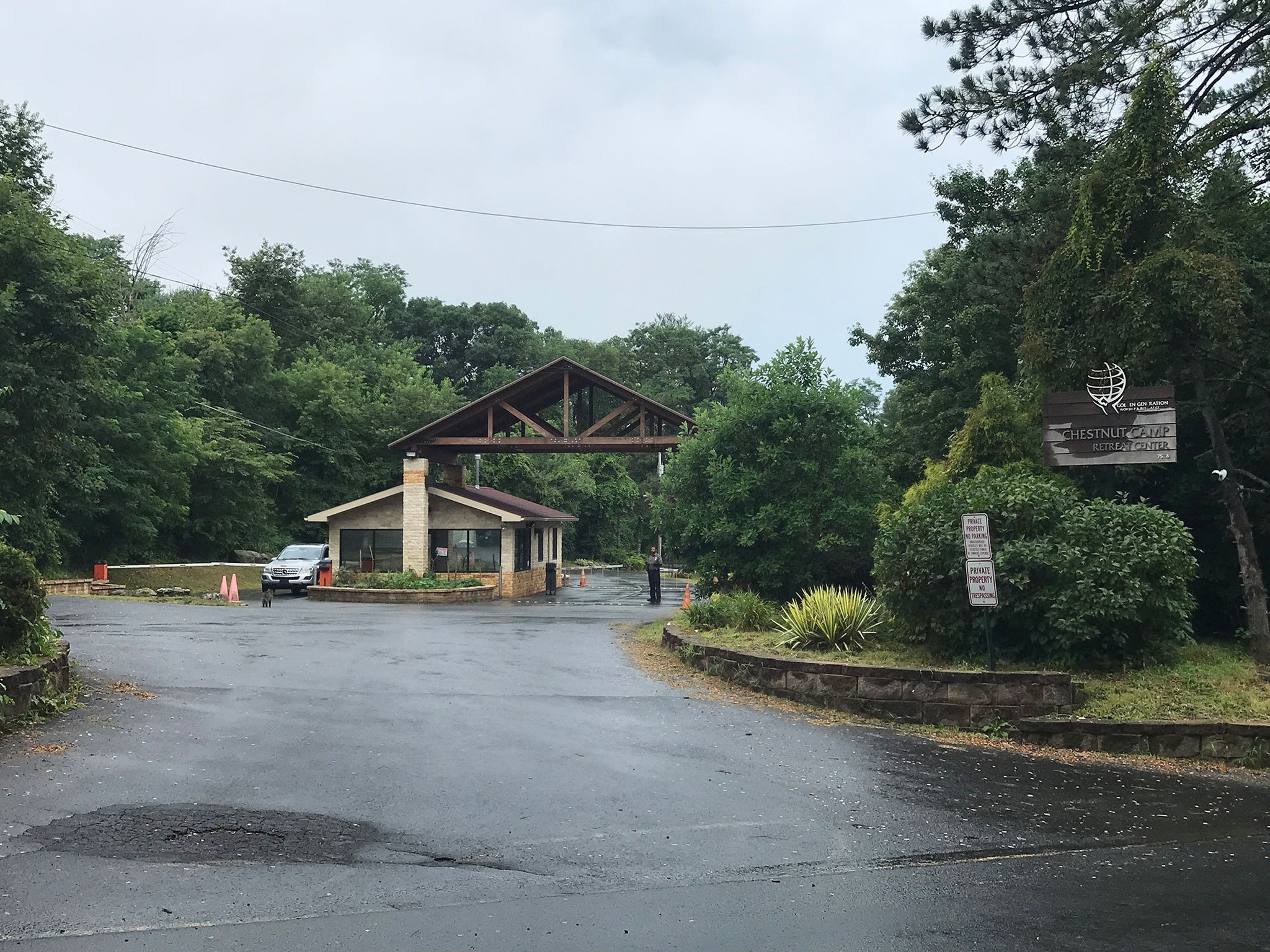 Protesters staged several demonstrations in the last two years in front of the mansion in Saylorsburg, and this is the first time officials have prevented such a gathering.

Halil Mutlu, the co-chair of Turkish American Steering Committee, said their efforts to secure a permit for a demonstration outside the Golden Generation Worship and Retreat Center was denied. Instead, authorities provided an alternative site far from the original location.

The Golden Generation Worship and Retreat Center, established on a 100-acre plot of land in Saylorsburg, is the site where Gülen has lived since he traveled to the United States for "treatment" in 1999.

Despite the order, dozens were reported to have joined the demonstration, while officials allowed protesters to pass in front of Gülen's residence in one line, carrying placards denouncing the terrorist leader and the failed coup.

On the night of July 15, 2016, a small military junta, accused of being members of the Gülenist Terror Group (FETÖ), tried to overthrow the democratically elected government and assassinate Turkish President Recep Tayyip Erdoğan, who was on holiday in southwestern Muğla province. Coup plotters -- who used heavy weaponry, including fighter jets, helicopters and tanks, against pro-democracy people that poured onto streets -- killed 250 people and wounded more than 2,200.

Ankara officially submitted evidence regarding FETÖ's role in the coup attempt to the U.S. in October 2016. The evidence shows that Gülen's network formed a quasi-state within the Turkish government and attempted to topple it with the ultimate intent of taking over the state through a vicious coup.

A U.S. delegation of State Department and Department of Justice arrived in Turkey last week to discuss the extradition of Gülen in more detail.