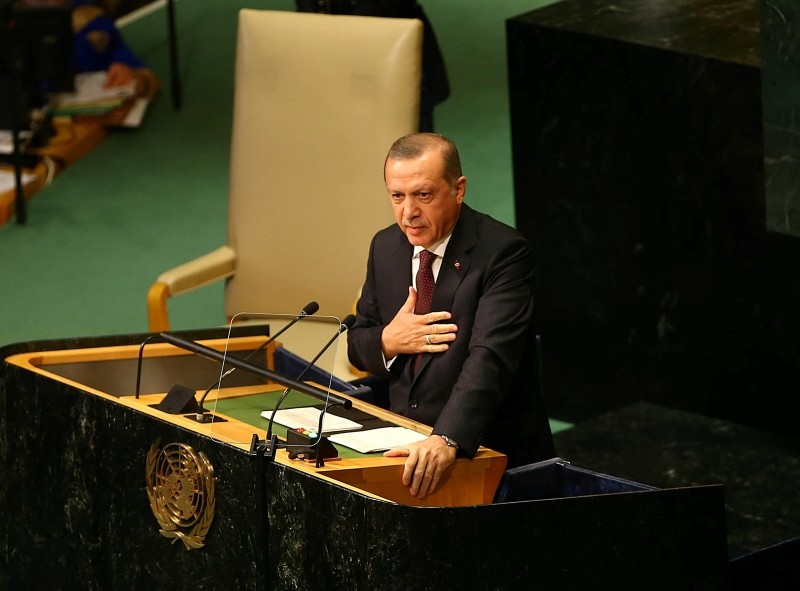 President Recep Tayyip Erdoğan will attend the 73rd session of the United Nations (U.N.) General Assembly in the U.S., according to an official statement on Friday.

The General Assembly will host more than 140 state and government heads from around the world during the coming week.

Erdoğan will represent Turkey at the high-level meetings that will start on Sept. 25.

According to the statement issued by Presidential Press Office, the Turkish president will be in New York from Sept. 23 to 27.

Erdoğan will also participate in a high-level event on the Global Compact on Refugees on Monday, Sept. 24.

On Tuesday, Sept. 25, he will address the U.N. General Assembly. Erdoğan is also expected to have bilateral meetings with leaders of different countries on the sidelines of the Assembly.

He is also set to attend a lunch to be hosted by U.N. Secretary-General Antonio Guterres.

Erdoğan will meet with representatives of the Turkish and Muslim communities, investment and business circles and opinion leaders during his visit to the U.S.

He is also expected to give interviews to the media representatives.

This year's theme of the U.N. General Assembly meetings is "Making the United Nations Relevant to All People: Global Leadership and Shared Responsibilities for Peaceful, Equitable and Sustainable Societies".

Between Sept. 25 and Oct. 1, the leaders of the member states will deliver their speeches.

The first country to address the meeting will be Brazil. As the host of the event, U.S. President Donald Trump will be the second head of the state to address the assembly.

Turkey's Erdoğan will be the fourth leader to address the assembly.

On the sidelines of the meetings, Turkey's first lady Emine Erdoğan will host an event on strengthening women and girls in Africa.