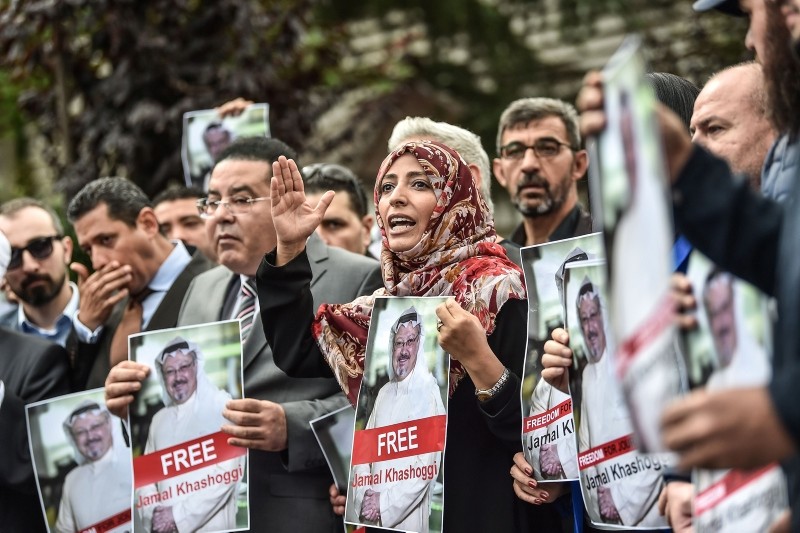 The United Nations human rights office voiced serious concern on Tuesday at the "apparent enforced disappearance" of Saudi journalist and Washington Post contributor Jamal Khashoggi from the Saudi consulate in Istanbul a week ago and called for the two countries to investigate.

"If reports of his death and the extraordinary circumstances leading up to it are true, this is truly shocking," U.N. human rights spokeswoman Ravina Shamdasani told a Geneva news briefing.

Khashoggi, 58, has been missing since last Tuesday after entering the Saudi consulate to gather documents for marriage. His fiancee and friends have said he did not leave the building. The dissident Saudi journalist's Turkish colleagues and several Turkish officials have voiced concerns that he was murdered in the consulate.

The U.N. rights office called on Turkey and Saudi Arabia to carry out a prompt investigation into Khashoggi's disappearance and possible murder and to make their findings public.

European Union foreign affairs chief Federica Mogherini said on Tuesday the bloc stands side-by-side with the United States in urging authorities to clear up the journalist's disappearance in Turkey a week ago.

She told the Associated Press: "On this, let me subscribe 100 percent (to) what (U.S.) Secretary (of State Mike) Pompeo said just a few hours ago. We are fully aligned with the United States on this, with the U.S. position on this."

Mogherini added: "We expect a thorough investigation and full transparency from the Saudi authorities on what has happened."

Speaking at a joint press conference with Hungarian Prime Minister Viktor Orban in Budapest on Monday, President Recep Tayyip Erdoğan said it is "our humanitarian and political duty to closely monitor the case," adding that security and intelligence officials are looking into the incident. Erdoğan also said prosecutors were checking the arrivals and departures of Saudi nationals at Istanbul's airports.

The president also issued a warning to the Saudi consulate, saying that they cannot save themselves just by saying that Khashoggi left the building, and that they must provide concrete evidence about the whereabouts of the missing journalist and proof that he exited the premises.

"Now when this person enters, whose duty is it to prove that he left or not? It is (the duty) of the consulate officials," he said.

"Don't you have cameras and other things? Why don't you prove it, you have to prove it."