US sanctions on Iran are wrong, aimed at unbalancing the world, Erdoğan says 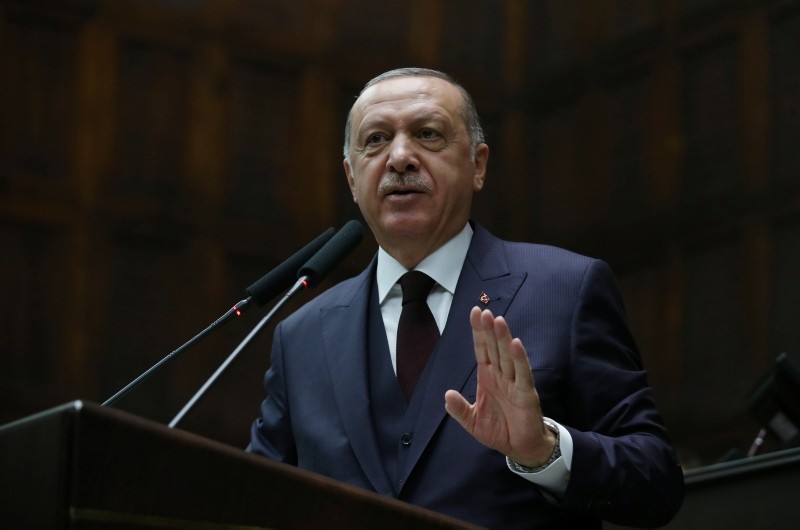 President Recep Tayyip Erdoğan slammed Tuesday the reimposition of economic sanctions against Iran by his U.S. counterpart Donald Trump, describing it as a move to unbalance the world.

"U.S. sanctions on Iran are wrong, for us they are steps aimed at unbalancing the world. They are also against the international law, or diplomacy. We don't want to live in an imperialist world," Erdoğan told reporters after his address to the Justice and Development Party (AK Party) parliamentary group in Ankara.

"Our stance on sanctions have always been clear, especially in issues related to oil we always said this, we won't abide by such a sanction," Erdoğan said. Turkey was among eight countries that were granted temporary waivers for oil imports from Iran.

Erdoğan said that Turkey imports some 10 billion cubic meters of natural gas from Iran. According to the data from the Energy Market Regulatory Authority's (EPDK) Natural Gas Market Report for December 2017, one-fifth of Turkey's all natural gas exports come from Iran. Iran was also the top supplier of crude oil to Turkey in 2017, sending 11.5 million tons of crude compared to 6.9 million tons in 2016, according to the EPDK.

Erdoğan also described the U.S. forces' joint patrols with the People's Protection Forces (YPG) terrorists along Turkey's border with Syria as "unacceptable," adding that it would cause serious negative developments on the border. "I hope Mr. Trump will end the process related to this," he added. Erdoğan will meet Trump in Paris this weekend.

Turkey considers the YPG as an offshoot of the PKK terrorist organization in Syria.

All three towns are controlled by the Syrian Democratic Forces (SDF), an umbrella group that mostly consists of YPG terrorists and receives support from the U.S.-led coalition.

Although the U.S. recognizes the PKK as a terrorist organization, it denies the group's connection with the YPG and the SDF despite all the proof suggesting otherwise and continues to support the terrorists under the pretext of fighting Daesh.