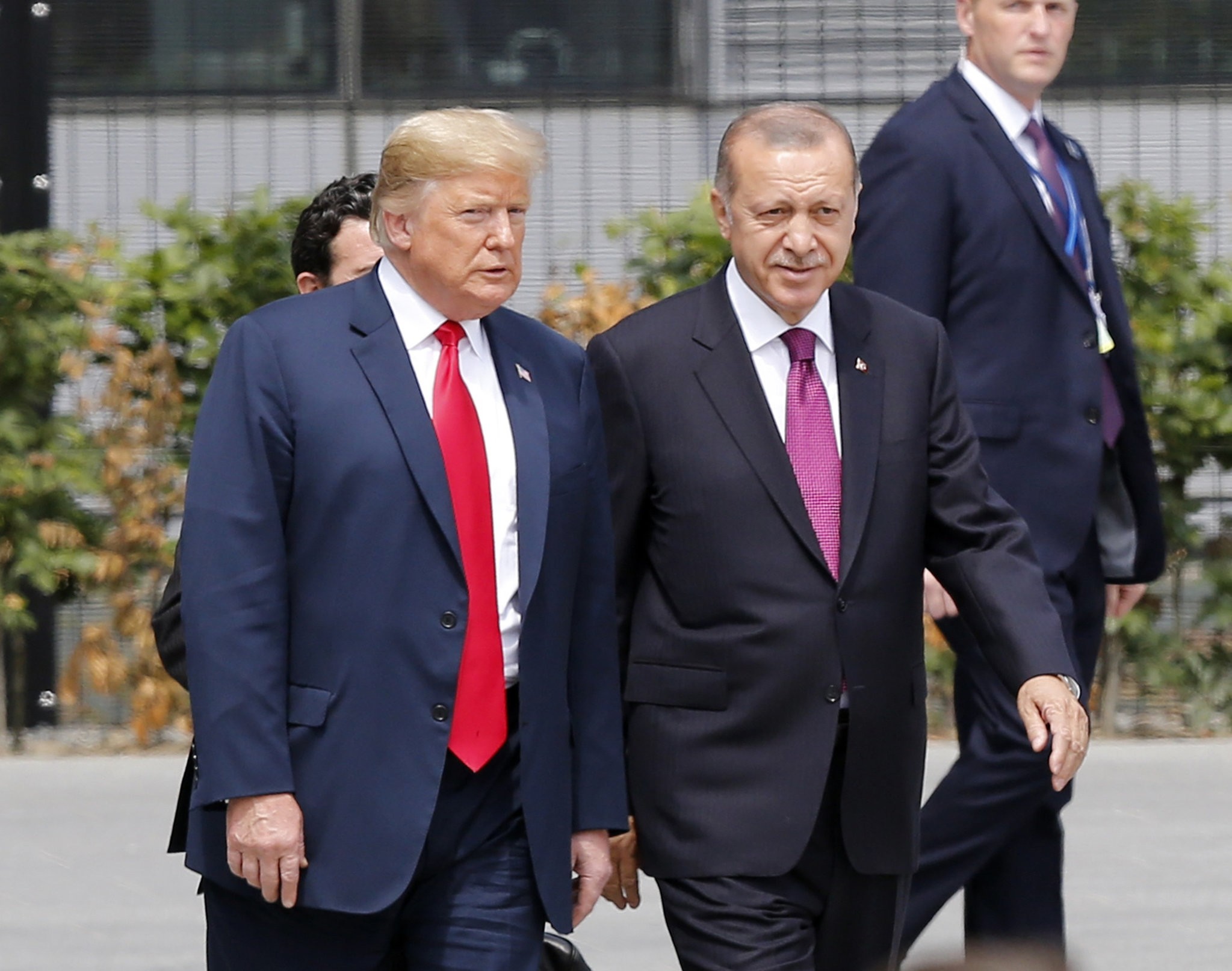 While certain steps have increased hope for the normalization of ties between Turkey and the U.S., such as the reciprocal lifting of sanctions, experts say there are still many critical topics that remain unsolved, such as FETÖ and the PKK

Battered bilateral relations between the U.S. and Turkey over multiple disagreements seem to be thawing off, as Washington recently granted Ankara a waiver from the Iranian oil sanctions and lifted its sanctions on two Turkish ministers. Experts say, however, major disagreements linger in ties.

"The U.S. has begun to restore the trust of its long-term ally with some recently adopted policies. Yet, full a recovery is not immediately possible," Şakir Dinçşahin, an associate professor at Hasan Kalyoncu University, told Daily Sabah.

Following the recent release of American evangelical pastor Andrew Brunson, who was arrested in Turkey on terrorism charges, the two countries entered a period of hope to repair ties. This has resulted in mild statements from both sides and reciprocal lifting of sanctions on officials.

However, two major issues remain to be solved: The U.S. support for the PKK terrorist group's Syrian affiliate, the People's Protection Units (YPG) and Washington's lack of concrete steps against the Gülenist Terror Group (FETÖ).

U.S. support for the YPG terrorist organization, which facilitated the groups' efforts to form an autonomous region, has been a major sticking point in U.S.-Turkey relations. The U.S. has provided military training and truckloads of weapons despite Ankara's security concerns and warnings that the group is linked to the PKK terrorist organization that has claimed the lives of more than 40,000 people over 30 years.

Another flashpoint in bilateral relations is the extradition of Fetullah Gülen, the U.S.-based leader of FETÖ. Turkey has demanded the Gülen be returned. He was the mastermind of the July 15 coup attempt in 2016 which left 251 people dead and nearly 2,200 injured. Washington has been refusing to extradite Gülen and disregarding boxes of evidence proving his direct role in the failed coup. Although at least 30 countries have shut down FETÖ institutions that fund the terrorist organization, the U.S. has not taken any steps on the matter.

Dinçşahin said that Turkey will be cautious in its engagement with Washington, pointing to U.S. support for the YPG in Syria.

The Manbij road map, which foresees the withdrawal of YPG forces form the city and joint patrols by both countries, inked by two allies in early June is also another improvement. Despite some delays, Turkish and American troops finally began conducting joint patrols in northern Syria's Manbij on Nov. 1.

Nevertheless, Washington's economic sanctions, the doubling of tariffs on aluminum and steel imports from Turkey - imposed on Ankara during Brunson crisis - remain in place, and the Halkbank issue lingers on as well. Neither the U.S. engagement with YPG terrorists in Syria has loosened; in fact, the country increased its support for the group in the east of the Euphrates near the Turkish border.

Speaking to Daily Sabah, Nihat Ali Özcan, an academic from the TOBB University of Economics and Technology (ETÜ) said: "The recent waiver given to Turkey may have a slight positive effect on some issues of conflict between the two countries."

He pointed out that even if Turkey's expectations may not have been fulfilled completely, a reasonable and manageable decision may be reached in the Halkbank case, referring to the bank's former Deputy General Manager Hakan Atilla's the imprisonment in the U.S.

Turkey says Atilla, who was sentenced by an American court on charges of violating U.S. sanctions against Iran and money laundering, is innocent and that charges brought against him are based on forged evidence.

The Trump administration's resumption of sanctions on Iran, in a bid to halt Tehran's support of militants in the region, took effect Monday. Eight countries were granted temporary waivers to the sanctions with the condition to cut their consumption of Iranian oil further in the next six months.

Turkey, one-third of whose oil imports come from Iran, were among the countries allowed to keep importing although many experts had previously projected the contrary due to the long-standing major issues of conflict in bitter relations between the two allies.

U.S. SANCTIONS ON IRAN UNBALANCING WORLDTurkey also openly declared that it is against sanctions with Foreign Minister Mevlüt Çavuşoğlu underlining on Tuesday that isolating Iran is dangerous and punishing the Iranian people is not fair. In relation to the issue, President Recep Tayyip Erdogan said yesterday that "U.S. sanctions on Iran are wrong, for us they are steps aimed at unbalancing the world. They are also against international law, or diplomacy."

Last Thursday, Erdoğan and his U.S. counterpart Donald Trump discussed bilateral ties and the latest developments in Syria, including the Manbij road map and Idlib, in a phone call.

Presidential sources said Erdoğan and Trump had reiterated their commitment to further the constructive steps aimed at strengthening bilateral relations between Turkey and the U.S. The two leaders agreed to stay in close contact on bilateral and regional issues in the days to come. Pundits have said Erdoğan and Trump's phone call was also a positive step in the recent reconciliation attempts.

On the other hand, various states, including China and Russia, have been opposing the sanctions against Iran. Britain, France, Germany and the European Union have also condemned the U.S. move, since Washington withdrew in May from the Iran nuclear deal, the Joint Comprehensive Plan of Action. The U.S. announcement of the joint patrols conducted with YPG in northern Syria has also deteriorated relations. Washington announced on Monday that U.S. forces began Friday their joint patrol with YPG in northeastern Syria, following Turkey's shelling of YPG positions in the region last week.

"While there is no set timetable for these specific patrols or regularity, these patrols will allow us, Turkey and our SDF partners to maintain the safety and security of the region," said Manning.

Commenting on the issue, Erdoğan pointed out that Washington's military patrol with terrorists in Syria is unacceptable and it would cause serious negative developments on the border. "I hope Mr. Trump will end the process related to this," he said.

The Turkish military on Oct. 28 and Oct. 31 targeted YPG positions in Ayn al-Arab, aiming to prevent terrorist activities, including the construction of trenches and barricades by YPG terrorists.

Turkey considers the presence of the PKK and its Syrian offshoots in northern Syria a grave threat to its national security. In response to the YPG and Daesh threats near its border, Turkey has carried out two cross-border military campaigns in the past two years.