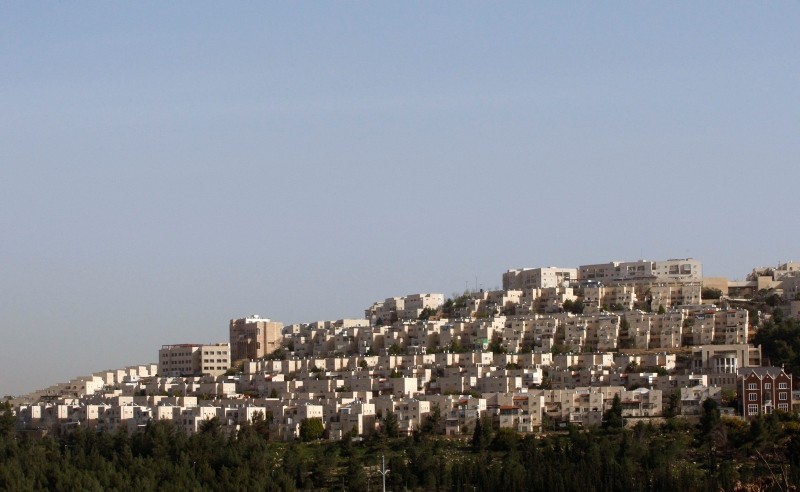 A general view of Ramat Shlomo, a religious Jewish settlement, is seen in an area of the West Bank unilaterally annexed to Jerusalem by Israel, March 11, 2010. (Reuters Photo)
by Compiled from Wire Services
Nov 11, 2018 12:00 am

Turkey slammed Israel over the approval to build nearly 800 new housing units in illegal settlements in occupied East Jerusalem. "Israeli authorities disregarded international law once again by approving the construction of 792 new housing units in the illegal settlements of Ramat Shlomo and Ramot in East Jerusalem," the Turkish Foreign Ministry said in a statement released on its website early Sunday. The ministry added that Turkey is rejecting these illegal steps by Israel, which irreversibly damage the vision of a two-state solution.

This week, the Israeli authorities approved the construction of hundreds of new Jewish-only housing units in occupied East Jerusalem, according to Israeli media reports. "Jerusalem's district committee has approved the construction of 640 new housing units in the Ramat Shlomo settlement near the Bit Hanina neighborhood," Israeli daily Haaretz reported. "Most of the housing units will be built on Palestinian-owned land," the newspaper added. According to Haaretz, the committee rejected objections raised earlier by anti-settlement groups. "This decision constitutes more proof that Israel's control of East Jerusalem is based on a discriminatory regime," anti-settlement groups said in a joint statement.

According to Palestinian figures, more than 700,000 Jewish settlers now live in 196 settlements (built with Israeli government approval) and more than 200 settler outposts (built without its approval) across the occupied West Bank.

The settlements are one of the most heated issues in efforts to restart Israeli-Palestinian peace talks, frozen since 2014. The international community regards all Israeli settlements in occupied Palestinian territories to be illegal and a major obstacle to Middle East peace. The area, captured by Israel in 1967, is not sovereign Israeli territory, and Palestinians there are not Israeli citizens and do not have the right to vote. Some 500,000 Israelis live in the West Bank and East Jerusalem, areas that are also home to more than 2.6 million Palestinians. Palestinians have long argued that the Israeli settlements could deny them a viable and contiguous state.