Erdoğan condemns Israel's attacks on Gaza in call to Abbas 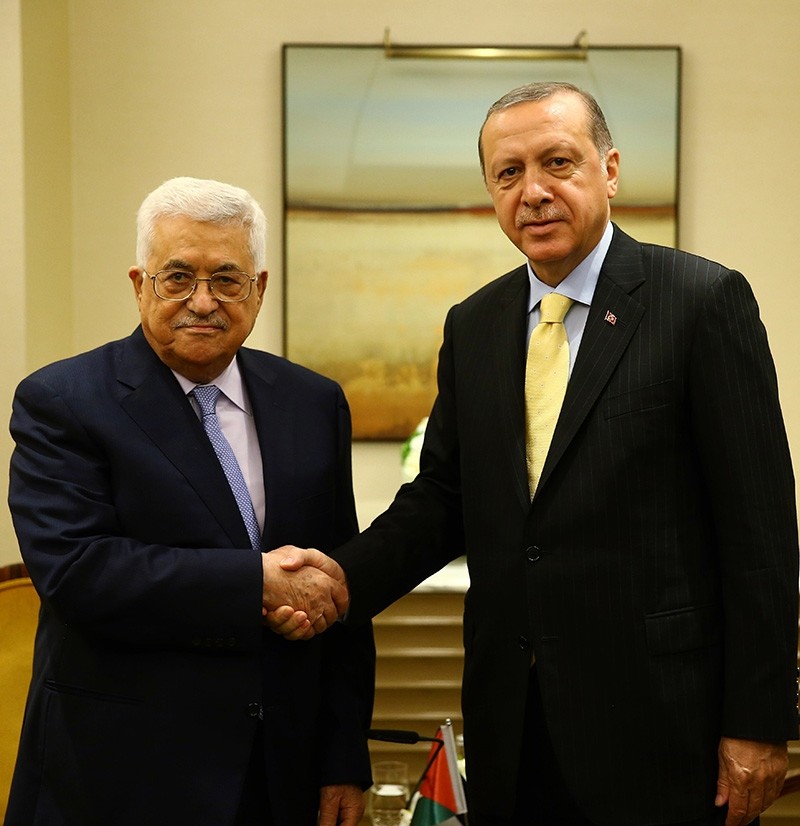 The phone call, according to WAFA, focused on the "latest Israeli aggression against the Gaza Strip."

He also voiced Turkey's readiness to support the people of Gaza and treat injured Palestinians at Turkish hospitals.

Abbas, for his part, thanked Erdoğan for what he described as "Turkey's unwavering support for the Palestinian people and cause."

Beginning Monday evening and carrying on through Tuesday, Israeli artillery pounded at least 160 targets the Gaza Strip, killing at least seven Palestinians, injuring 26 others and decimating dozens of homes. The violence was the worst between Israel and Gaza since a 2014 war.

The bout subsided after a cease-fire was struck late Tuesday. The truce, brokered by Egypt, prompted Israel's hawkish Defense Minister Avigdor Lieberman to announce his resignation on Wednesday.