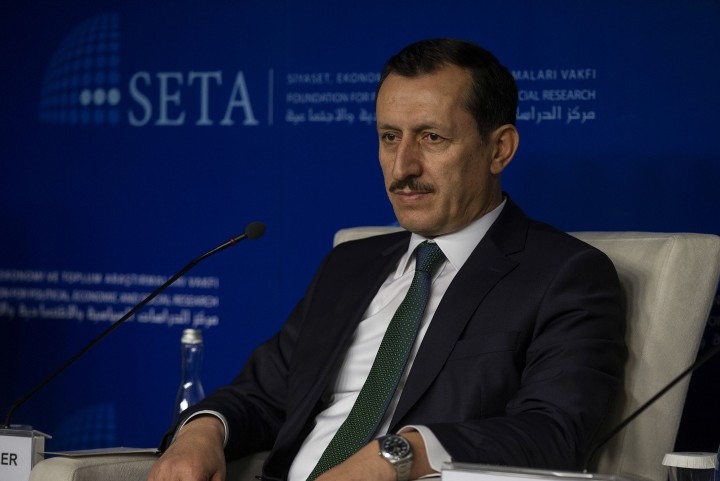 Turkey's special envoy to Libya on Thursday criticized an informal meeting being held on the sidelines of an international summit on Libya in Italy and Ankara's exclusion from it.

Speaking at a panel on the Libya crisis in the capital Ankara, Emrullah Işler said: "A summit inside a summit was held that morning when the [international] conference was held. As Turkey, we took a stand at that summit.

On Tuesday, Turkey withdrew from a two-day international conference on Libya in Italy's southern city of Palermo with "deep disappointment", according to Vice President Fuat Oktay.

Stating that Turkey's stance has been clear over the Libya crisis, he said: "We treat everyone equally. We are comprehensive and inclusive."

"Unfortunately, the division in Libya has been deepening. I cannot say that we are close to the solution, unfortunately," the Libya envoy added.

For his part, Mustafa El Sagezli, director of the Libyan Program for Reintegration and Development (LPRD), said that particularly some European countries supported groups serving their own interests in Libya.

"Exclusion of Turkey and Libya's real representatives from the Libya conference in Palermo was deliberate," El Sagezli said.

The two-day Nov. 12-13 international conference in Palermo was aiming at helping restore peace in Libya -- attended by Libyan political groups based both at home and abroad.

Libya has remained dogged by turmoil since 2011 when a bloody NATO-backed uprising led to the ouster and death of long-serving President Muammar Gaddafi after more than four decades in power.