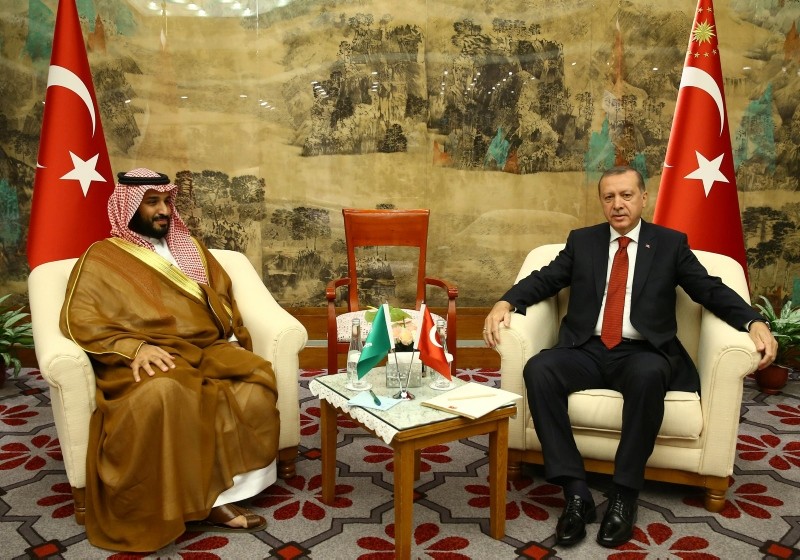 "We are looking at the schedule, there could be [a meeting]," said presidential spokesman Ibrahim Kalın.

The two-day G20 summit begins on November 30 in Argentina.

Foreign Minister Mevlüt Çavuşoğlu also said that the two leaders could meet during the summit. "There is no reason why President Erdoğan and Saudi Crown Prince Mohammed would not meet at G20 summit in Argentina, Erdoğan will decide," Çavuşoğlu said during a televised interview to broadcaster CNN Türk on Friday.

This would be the first meeting between Erdoğan and Mohammed since the murder of the Saudi dissident and journalist Jamal Khashoggi inside Saudi Arabia's Istanbul consulate on October 2.

The crown prince will go on a regional tour before heading to the G20, which will be his first trip outside the kingdom since the murder, which has drawn international condemnation and sanctions.

Erdoğan has previously said that the order to kill Khashoggi "came from the highest levels of the Saudi government."

Khashoggi was a sharp critic of the crown prince and a columnist for the Washington Post. More than 50 days after his death, Khashoggi's remains have not been located. There is also no confirmation of who ordered the killing.

According to earlier U.S. media reports, the CIA had concluded that Mohammed ordered Khashoggi's murder, a claim denied by the kingdom.

But U.S. President Donald Trump contradicted the reports on Thursday, saying the CIA had only concluded that the crown prince "might have" ordered the killing.

"They didn't conclude," Trump told reporters at his Florida resort, taking a break for the U.S. Thanksgiving holiday. "I am sorry. No, they didn't conclude. They did not come to a conclusion. They have feelings certain ways. They have not concluded, I don't know if anyone's going to be able to conclude the crown prince did it."

"His father denies it, the king [Salman], vehemently. The CIA doesn't say they did it, they do point out certain things and in pointing out those things you can conclude that maybe he did or maybe he didn't," said the president.

Trump has said he will stand by the U.S. relationship with Saudi Arabia despite the Khashoggi scandal, citing the importance of business deals between the two countries and the kingdom's participation in the fight against terrorism.

Earlier this month, Erdoğan said Turkey has shared recordings related to the murder with several countries including the United States.

EU foreign policy chief Federica Mogherini said on Thursday in Ankara that those responsible for the murder must be held accountable.

However, she told a joint press conference with Turkish Foreign Minister Mevlüt Çavuşoğlu: "For us accountability does not mean revenge."

After initially saying he had left the consulate alive, weeks later the Saudi administration admitted he was killed there, blaming a rogue group of Saudi operatives.

Riyadh has indicted 11 people of 21 arrested in connection with the murder, and is seeking the death penalty for five of them.

Mogherini said the European Union has always been opposed to the death penalty, and called for a transparent and fair investigation.