'No reason' for Erdoğan not to meet Saudi crown prince: FM Çavuşoğlu 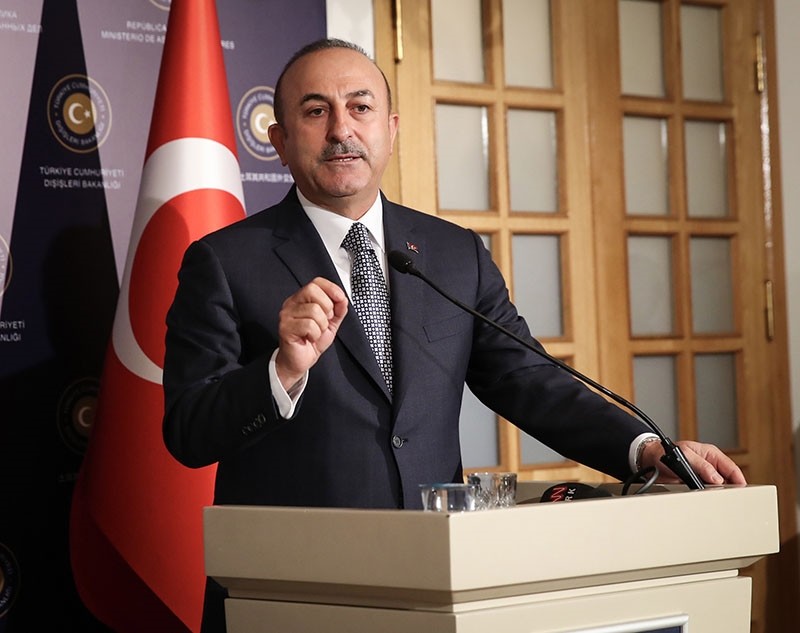 In an interview with Suddeutsche Zeitung, Çavuşoğlu assessed the murder of Saudi journalist Jamal Khashoggi's killing and relations between Turkey and the European Union.

Ankara does not believe that those who murdered Khashoggi in the Saudi consulate in Istanbul acted alone, Çavuşoğlu said.

While underscoring that definitive evidence was required before making accusations, Çavuşoğlu said many held the Saudi crown prince responsible for the murder.

Noting that bin Salman had requested an audience with Erdoğan at the two-day G-20 summit in Argentina, which begins this Friday, Çavuşoğlu said Erdoğan would consider such a meeting.

"At this point, there is no reason not to meet the crown prince," he said.

After initially saying he had left the consulate alive, the Saudi administration admitted weeks later that he was killed there.

Asked about last week's visit to Ankara by EU foreign policy chief Federica Mogherini and Johannes Hahn, the bloc's commissioner for enlargement negotiations and neighborhood policy, Çavuşoğlu said it had been the "best and most productive" meeting with EU representatives in several years.

"However, Europeans in the past tried to school us during the Gezi incidents," he added, referring to a nationwide wave of protests against the Turkish government in the summer of 2013.

He reiterated that Turkey continues to aim to be a full member of the bloc while noting that the EU did not hold up its side of the 2016 refugee deal with Ankara by failing to open negotiations regarding any of the five chapters for accession to which it had vowed.

Çavuşoğlu also highlighted the "fallacy" of the EU in seeking to school Turkey in judicial independence, citing the case of Can Dündar, a former editor-in-chief of a Turkish daily who was convicted of espionage charges.

Dündar was arrested in November 2015 following the publication of images purporting to show arms being transported to Syria in trucks belonging to Turkey's National Intelligence Organization, also known as the MIT.

He was held in prison until Feb. 26, 2016, when Turkey's Constitutional Court ruled that his rights had been violated and ordered his release.

Turkey's Supreme Court of Appeals ruled on March 9 that Dündar should be convicted and handed down a prison sentence of 15 to 20 years on a charge of "espionage."

In May 2016, the 14th High Criminal Court in Istanbul convicted Dündar.

On a recent ruling by the European Court of Human Rights (ECHR) ordering the release of a Turkish opposition leader facing terror charges, Çavuşoğlu said there are "many EU countries that do not execute ECHR decisions."

He added that Turkey would apply to the grand chamber of the ECHR to appeal against the ruling.

Referring to a recent decision by the U.S. to place bounties on the heads of senior figures in the PKK, Çavuşoğlu said that while recognizing the People's Protection Units (YPG) as a direct affiliate of the PKK, Washington continued to work with the group in Syria.

"The Europeans know this as well. These are double standards," he said.

The YPG is the Syrian offshoot of the PKK, a terrorist group recognized by Turkey, the U.S. and the EU, which in its 30-year terror campaign has taken some 40,000 lives.

The U.S. has claimed that the YPG is an "ally" in the fight against Daesh over Turkey's objections that one cannot use a terrorist group to fight another.

Turkey has repeatedly cited evidence that the YPG is no different from the PKK.