Radical changes unlikely in ties with Germany in post-Merkel era 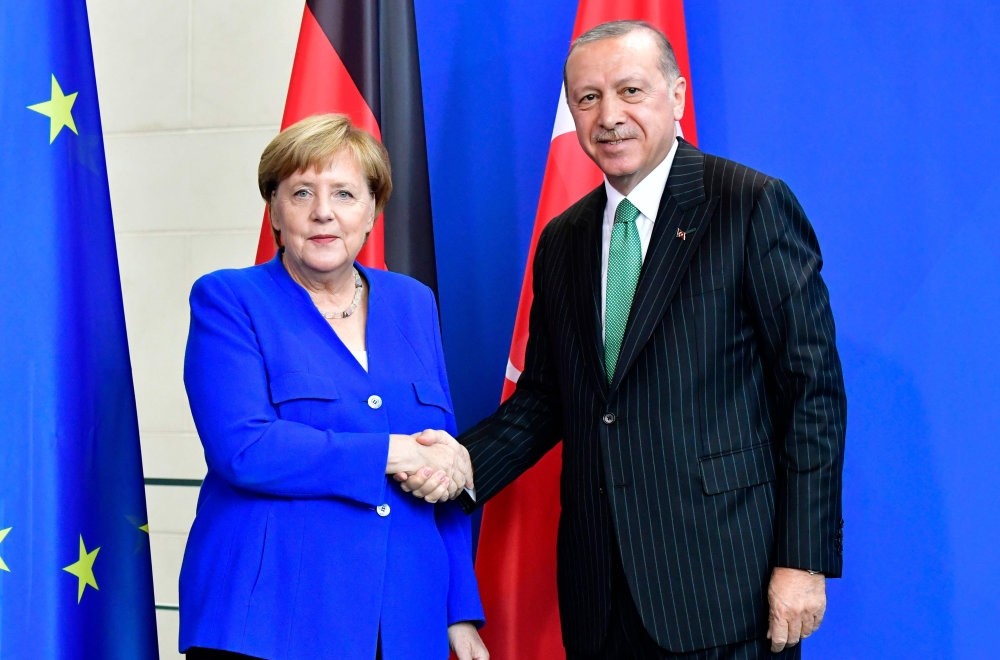 Although German politics and well-known figures including Chancellor Angela Merkel are experiencing transitions and change, Turkey's relations with the country are unlikely to be affected as cooperation and solid ties remain crucial for both sides

German Chancellor Angela Merkel recently ended her 18-year leadership of the Christian Democratic Union (CDU) party and will not be nominated for chancellorship in the next federal election, amid increasing changes in Germany's political atmosphere, suggesting that the political scene of the country will be filled with new names. However, despite these crucial alterations within German politics, no radical changes in ties with Turkey are expected, as significant regional issues urge cooperation between the two countries.

"Aside from the change in CDU's leadership, significant developments have been observed in the political environment of Germany as recent public surveys show that the main parties have been melting," Kemal İnat, an academic at Sakarya University said, stressing that different parties might play bigger role in Germany's politics. Yet, he underlined that "the normalization period that has been continuing for more than a year will be maintained," speaking of Turkish-German relations.

Taking into consideration issues, including the refugee crisis and regional problems stemming from the ongoing Syrian civil war, the EU and Germany need to continue their cooperation with Turkey.

As European countries, particularly Germany, have been acknowledging the pivotal role Turkey plays in stemming the flow of refugees to Europe, Germany would prefer cooperation with Turkey in the post-Merkel period. Can Baydarol, an EU expert said: "The migration deal has been highly significant for Germany. Therefore, I do not expect any radical changes in ties with Turkey. Currently, the relations have been continuing on the basis of mutual interest."

The refugee crisis is one of the main issues that were bequeathed from Merkel that the new CDU leader needs to handle. The reaction against Merkel's open-door policies toward refugees drew heavy criticism in Germany and caused Merkel's leaving of the post as she failed to persuade both conservatives in her party and the coalition partner party, the Christian Social Union (CSU).

Under the 2016 deal, Ankara agreed to prevent refugees passing through its territory to Western Europe in exchange for financial aid for refugees in Turkey.

Commenting on the recent developments in Germany's politics, İnat said the Social Democrat Party (SPD), which is part of a collation with the CDU and its sister party in Bavaria the CSU, has significantly been losing votes, while the xenophobic Alternative for Germany (AfD), the Green Party and Die Linke have been increasing their votes.

The possibility that the Greens and AfD might push the SPD to fourth place in parliamentary elections also puts the future of the current coalition into question.

If Merkel manages to remain in her post until then, the next chancellor of Germany will be determined in federal elections in 2021. The new leader of the CDU will be likely be the main candidate to become Germany's next chancellor. Germany's Christian Democrats elected Annegret Kramp-Karrenbauer on Dec. 7 to replace Merkel as party leader.

Kramp-Karrenbauer, 56, won the leadership with 517 votes from the 999 votes cast by delegates. Her main rival, Friedrich Merz, won 482 votes in a run-off. Becoming the leader of the CDU, she increases her chance to succeed as chancellor, Europe's most influential leader. Kramp-Karrenbauer was a former state premier in Saarland where she led a three-way coalition.

"The new leader of Christian Democrats, Kramp-Karrenbauer, who is not really different from Merkel, points to a period that will be the continuance of Merkel's policies," İnat said. "Considering that Kramp-Karrenbauer follows a similar political line of that of Merkel and the highly possible maintaining of the grand coalition, we can say that there will be no serious impact on ties with Turkey and the normalization process will continue," İnat underlined. He added that, "I believe that the loss by her rival, Friedrich Merz, can be a factor in preventing the CDU from leaning more toward the right." In relation to the issue, there were also some arguments that the winning of Merz, who could appeal more to right-leaning voters, would be a recipe for losing votes to the AfD.

The maintaining of Merkel's line in politics have raised the question of whether the melting in the main parties will continue in the face of AfD's increasing votes with anti-refugee, populist rhetoric.

If the Greens allow the politicians within the party, who are of Turkish origin and hold negative agendas against Turkey to dominate the party's policies, it would be difficult to form constructive dialogue with Ankara in case they were part of the grand coalition.

On the issue of refugees, the Greens follow a milder position than Merkel. The Greens, who reached a 20 percent vote rate in the latest polls, seems will have more say in the future.

Previously, the party had been gaining around 10 percent of votes since the 1980s. Furthermore, it can be said that the recent increase in the votes for the Greens can be a reaction to the AfD's radical rhetoric. As the SPD is considered to have failed to pose a stance against the discourse of the AfD, the voter base has rapidly moved toward the Greens.