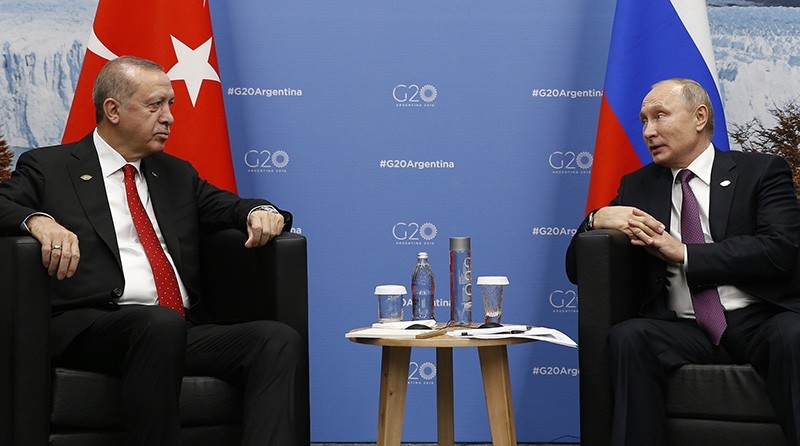 Russian President Vladimir Putin, in a New Year letter to President Recep Tayyip Erdoğan, said that Turkey and his country will continue to strengthen security in Asia.

Putin noted that the efforts of both countries contribute to anti-terror fight and political process in Syria.

Putin also wrote a letter to other leaders, including his U.S. counterpart Donald Trump, saying that Moscow was ready for dialogue on a "wide-ranging agenda," the Kremlin said in a statement.

"Vladimir Putin stressed that the (Russia - United States) relations are the most important factor for providing strategic stability and international security," a Kremlin statement said.

In a separate letter to Syria's Bashar al-Assad, Putin pledged a continuation of aid to the Syrian government and people in the "fight against terrorism."