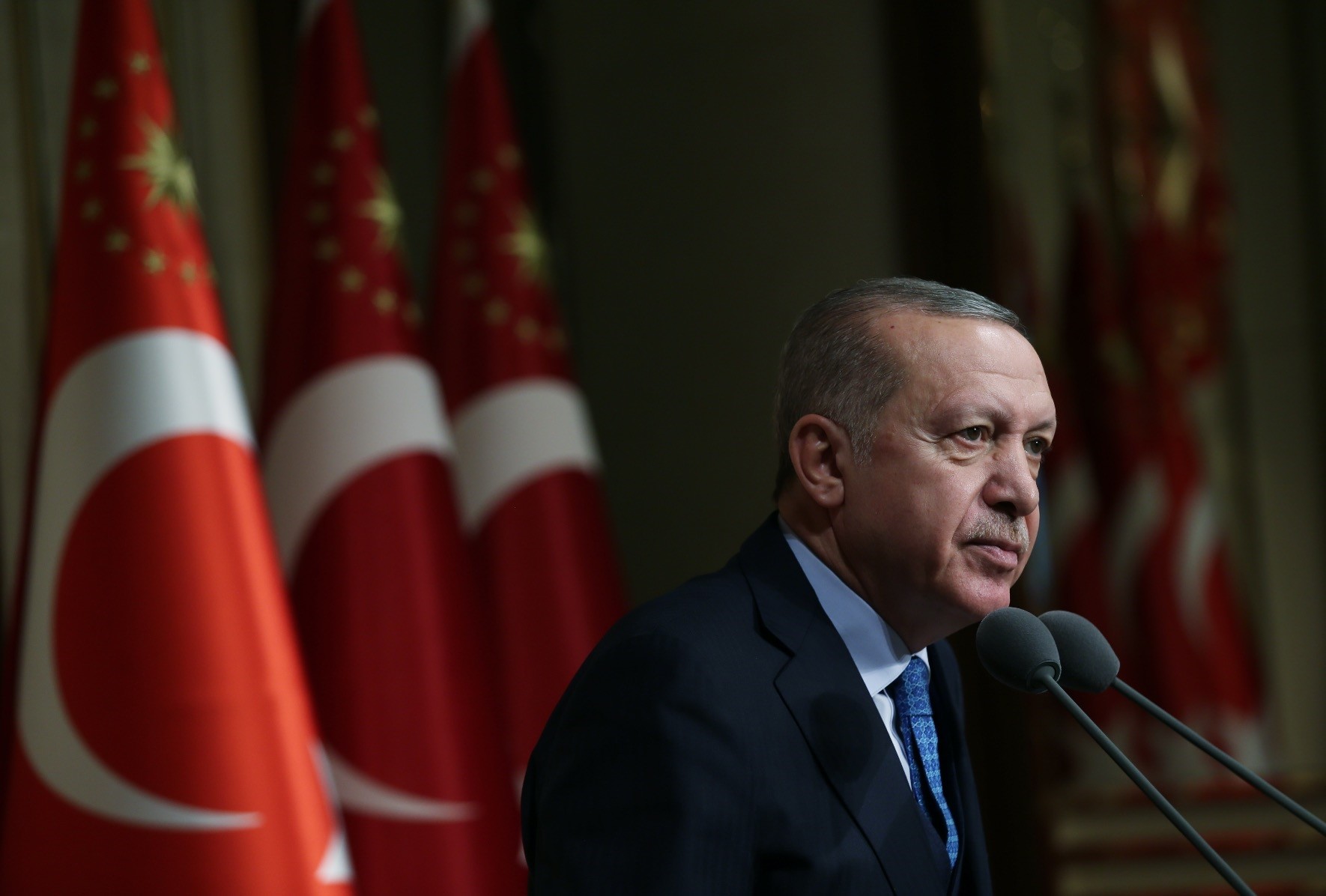 In his New Yearu2019s message, Erdou011fan underscored that Turkey sides with stability, justice, tolerance and peace in its region and across the world.
by Daily Sabah Jan 01, 2019 12:00 am

In his New Year's messages to world leaders, Erdoğan underlined the importance of cooperation and strengthening the ties between the countries

Erdoğan said he appreciated the mutual efforts the countries exerted for bilateral cooperation and voiced his expectation that bilateral relations will continue to improve next year.

"2018 became a year in which Turkey and the U.S. overcame the difficulties in bilateral ties and exerted mutual efforts to carry the bilateral relations to the desired level," Erdoğan wrote in his letter to Trump.

Pointing out that the ties between the two countries are based on mutual respect and sincere dialogue, in line with strategic partnership, Erdoğan expressed that further cooperation between Turkey and the U.S. will continue to contribute to global peace and stability.

In his letter to Jinping, Erdoğan said that he wants to host the Chinese president in Turkey in 2019, in order to guarantee the continuation of the cooperation between the two countries. He underscored that Turkish-Chinese cooperation will continue to contributing to global peace, wealth and stability, especially to overcome difficulties encountered in international economy and trade.

Erdoğan told Modi that the two counties would further improve the deep-rooted friendly ties in his letter, adding that "I keep warm memories of my visit to your beautiful country with all its freshness."

In his New Year's message issued for the people of Turkey, Erdoğan said that Turkey is on the side of stability, justice, tolerance and peace in the region and around the world.

"Turkey is not interested in the territories, sovereignty or rights of any other state. Our only goal is to ensure the safety, tranquility and a guaranteed future for our own people and our brothers in the region," he said.

Pointing out the fact that Turkey cannot ensure its own future without solving regional issues, Erdoğan said that this situation has led Turkey to adopt a more active policy in diplomacy and on the ground.

He highlighted that "Turkey is not responsible for the incidents in our region and will not be a victim of them," adding that recent developments are the result of Ankara's moral efforts.

The president also underlined his efforts last year to improve peace and welfare in Turkey as well as its reputation.

"We made every effort to maintain Turkey's progress in 2018. We spent the last year serving our country and our nation, with numerous programs, works and visits. We can see the results," Erdoğan said.

He added that the number of tourists visiting Turkey and the country's exports have reached historic levels. Erdoğan said that Turkey's current account deficit has been reduced to its lowest.

Commenting on the crisis Ankara faced in 2018, Erdoğan said, "We have held out against the exchange rate-interest-inflation attack that started in August with the help of the strong structure of our economy and economic measures."

Erdoğan added that he paid a total of 90 visits to 55 different cities in Turkey and 29 visits to 27 different foreign countries.

Erdoğan also stressed on Sunday that Turkey's fight against terrorism will continue, signaling that eliminating terror threats directed toward national security will be top priority in the upcoming period. "We said that we might come over one night all of a sudden, and we have kept our promise. We have wiped out terrorists in their caves," Erdoğan said at a meeting held by the Justice and Development Party's (AK Party) Istanbul branch.