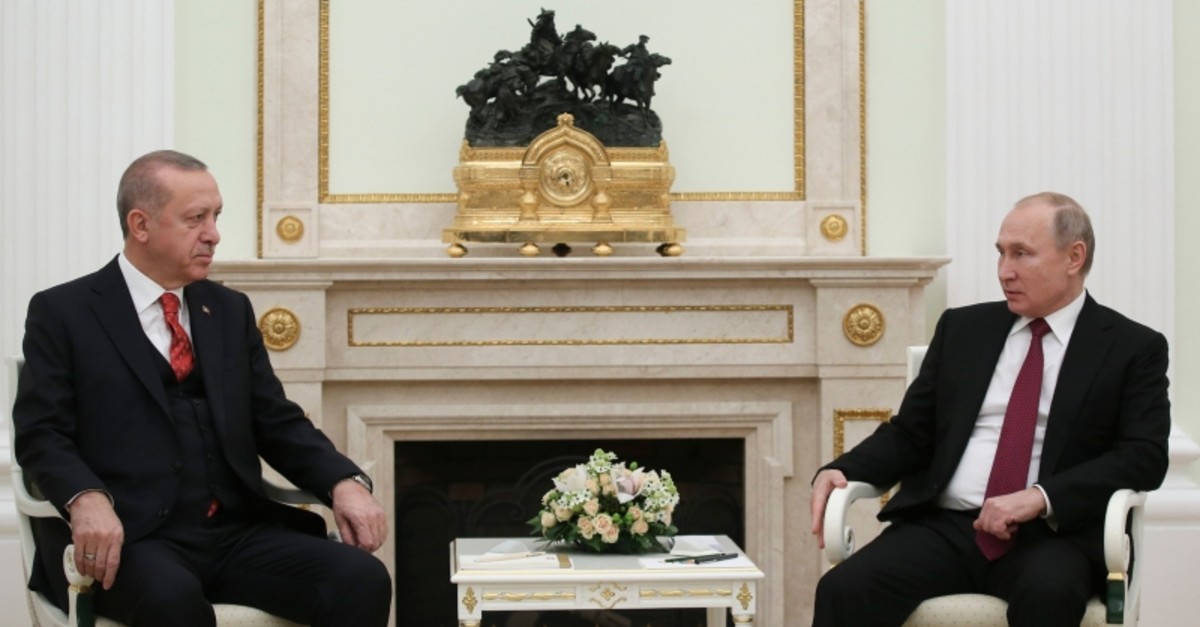 According to Altun, Erdoğan told his Russian counterpart in a phone call late Monday that tensions in the war-ravaged city were aimed at disrupting the Turkish-Russian partnership, and both of the leaders affirmed their commitment to the Sochi deal.

"The president also added that the ceasefire violations in the Idlib de-escalation zone are worrying, and the fact that schools, hospitals and civilians are targeted has no place in a proper fight against terror," Altun added.

The regime also carried out an artillery attack near the Turkish observation point in the Idlib de-escalation zone on Sunday, according to Anadolu Agency correspondents on the ground.

It is one of 12 observation points set up by the Turkish Armed Forces in May 2018, following the ninth round of Astana Peace Talks.

As guarantor of the Syrian regime, Russia is responsible for preventing attacks by regime forces and Iranian-backed militias, who repeatedly violated last year's Sochi agreement that aimed to establish a demilitarized zone in Idlib.