Turkey most consistent actor on safe zone in Syria, others offer no clear plan 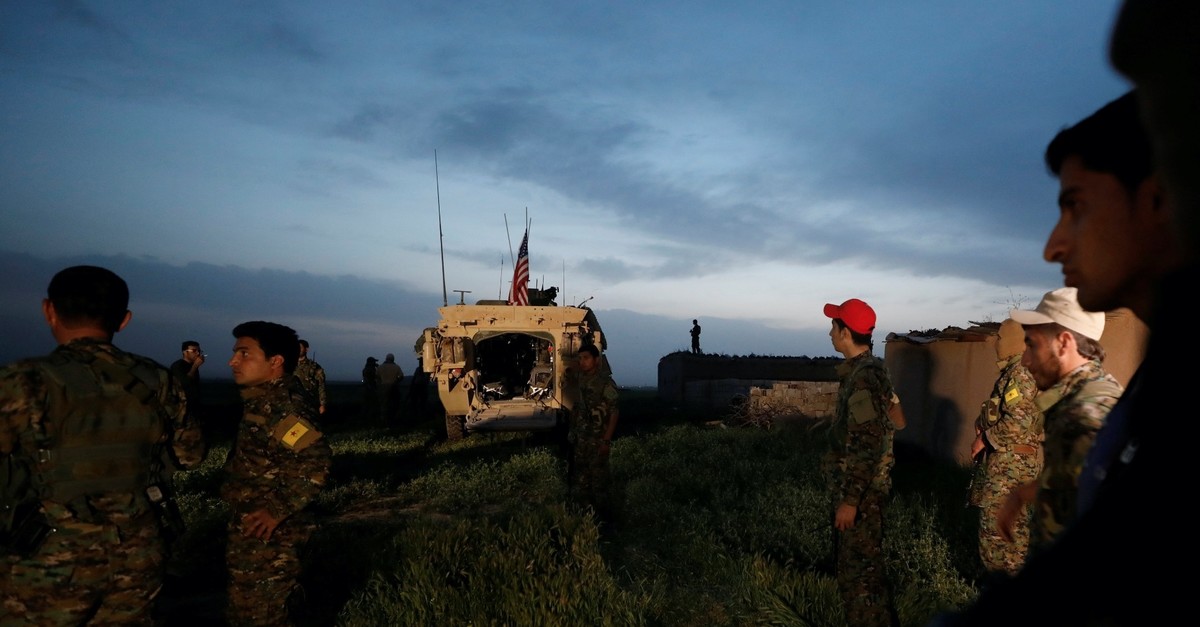 Failing to go beyond words when it comes to the formation of a safe zone in northern Syria, international actors present an inconsistent stance on the issue, unlike Turkey, experts say

Although it's been quite some time since the idea of coming up with a safe zone in northwestern Syria first surfaced, no actor other than Turkey managed to offer a well-thought out plan to turn the idea into reality. According to experts, the reason is that Turkey is the only country with the capability to lead such a project, while others have conflicts of interest with each other, causing confusion among them. While U.S. President Donald Trump's Twitter message on Dec. 19, 2018 announced the decision to withdraw U.S. troops from Syria, another Twitter message by the U.S. president on Jan. 13 has revived discussions about the establishment of a 20-mile-deep safe zone.

However, the U.S. has not revealed a clear timeline or plan regarding the issues of a safe zone and withdrawal although almost five months have passed. It is not even clear what Trump meant by a 20-mile-deep safe zone. On the other hand, Turkey has been the most consistent and rational actor in the region since the beginning of safe zone discussions that can be traced back to 2012, experts say.

An analysis by Hüseyin Alptekin, an academic at Istanbul Şehir University's Department of Political Science and International Relations, suggests that Turkey is the only influential actor in the region that can lead the project of a 20-mile-deep safe zone in northern Syria to protect its national security against terrorist threats and resolve the humanitarian crisis causing migration waves by rehabilitating daily life in the region.

Alptekin's analysis, released by the Foundation for Political, Economic and Social Research (SETA), on different actors' perspectives and roles on the establishment of a safe zone in Syria, also underlines that there is confusion and conflicts of interest among other influential actors in the region about the issue of a safe zone.

Talha Köse, an academic at Ibn Haldun University's Department of Political Science and International Relations, also says that Turkey has been the most consistent actor regarding a safe zone. However, Köse has doubts over whether a Turkey-led safe zone project is an acceptable rationale scenario for other influential actors in the region.

"Although the U.S. and the West shared Turkey's concerns over terrorist groups and migration crisis, they have not supported a Turkey-led resolution because they do not want Turkey to extend its influence," said Köse.

Since the beginning of the Syrian civil war in 2011, Turkey has witnessed political instability and the presence of various terrorist threats near its borders, along with an ongoing humanitarian catastrophe causing huge waves of migration.

According to Alptekin, Turkey has three priorities in this process: eliminating terrorist threats against the national security of Turkey, providing territorial unity to Syria and establishing an inclusive political system in the post-war Syria. Through these aims, Turkey has always supported the idea of a safe zone.

A 20-mile-deep safe zone between the northern Syrian towns of Jarablus and al-Rai has been mentioned several times since 2012 by President Recep Tayyip Erdoğan, who has maintained that the terror-free safe zone to be established in Syria's north must be based on the country's territorial integrity. However, the plan did not come to fruition at the time. The details of the safe zone need to be ironed out, yet, one thing is clear: Turkey is firmly against the presence of the People's Protection Units (YPG) in the region.

Turkey strongly opposes the YPG's presence in Manbij, which has been a major sticking point in strained Turkey-U.S. relations, due to the latter's support for the YPG under the pretext of fighting Daesh. The YPG has organic organizational and operational links with the PKK, a group considered a terrorist organization by the U.S., the EU and Turkey. The U.S. has provided military training and given truckloads of military support to the YPG, despite its NATO ally's security concerns.

Ankara has been pointing out that it will not allow the YPG to strengthen its grip in Syria. Turkey is also prepared to launch an operation east of the Euphrates to eliminate the YPG. However, follo​wing the U.S. decision to withdraw from Syria, Ankara decided to put the operation on hold for some time. While establishing a safe zone would eliminate some of Turkey's concerns, the presence of the YPG in Syria and its plan to form a quasi-state will continue to present a threat to the country.

Until now, Turkey and the U.S. did not discuss in detail where the safe zone would be and what would happen to the YPG militants. Turkish officials had been waiting for Washington to clarify what they meant by the 20-mile-deep safe zone. As Turkey was waiting for the U.S. to take more concrete steps, Turkey carried out two cross-border operations west of the Euphrates River, Operation Euphrates Shield launched in August 2016 and Operation Olive Branch in January 2018, to drive terrorist groups, including the YPG and Daesh, from its borders.

Speaking to Daily Sabah, Alptekin said that Turkey conducted these cross-border operations as part of its own efforts to eliminate terrorist threats targeting its borders.

"Although these operations were conducted by Turkey's own individual efforts, Turkey has maintained its cooperation and dialogue with other actors in the region," he added.

As Turkey strategically decided for a safe zone near its borders against national security threats, east of Euphrates is a region that Turkey has main concerns over, Alptekin said, adding: "In this regard, Turkey has maintained its dialogue with the U.S. and other actors to take further steps in the region."

U.S. has completed mission in region

From the perspective of the U.S., Alptekin's analysis says that the defeat of Daesh and containment of Iran were the prior targets. President Donald Trump had announced last December that the U.S. would withdraw its troops from Syria, noting that the only reason U.S. troops were in Syria was to defeat Daesh, which he said was accomplished. He later added that "local countries," including Turkey, should "take care" of the situation and deal with the remaining terrorist threats.

Trump's sudden decision prompted critics to suggest Daesh continues to be a threat and it would be a betrayal of the U.S. ally on the ground, the YPG, which Turkey sees as a national security threat.

The U.S. currently has more than 2,000 troops in Syria although it announced last December that it would withdraw entirely from the country. It backtracked from the decision and said in April that some 200-400 of its troops would remain in Syria.

Alptekin suggests that keeping its troops in Syria is not a priority for the U.S. Considering the U.S. has accomplished its mission to defeat Daesh and maintains its containment policy against Iran through other means, it is a rational option for the U.S. to support Turkey's safe zone plan, he added. Thus, the U.S. can attract Turkey as an ally by blocking further rapprochement between Ankara and Moscow.

In fact, U.S. Secretary of State Pompeo said last week that efforts were underway to set up a safe zone in northern Syria to reduce the risk of terror attacks on Turkey. Pompeo underlined that the planned safe zone also intends to prevent further tensions between Turkey and the U.S.-backed groups in the area.

However, according to Köse the U.S. still does not know how to fill the gap in the region if they withdraw their troops. "The YPG is still the main partner of the U.S. in the region. Also, the U.S. has doubts that Russia, the Syrian regime and Iran can increase their influence in the region in case of a U.S. withdrawal," Köse said and added that the U.S. could not trust Turkey's partnership and capacity to block other actors' influence.

Russia, another influential actor in the region, on the other hand, has opposed the idea of safe zone since the beginning. As a supporter of the Bashar Assad regime, Russia has aimed to block U.S. influence in the region. Alptekin says that Russia may support a Turkey-led safe zone following the U.S. withdrawal from the region.

On the other hand, Köse said that Russia would not let Turkey extend its influence in the region and added: "Russia expects a negotiation between the regime and the YPG in northern Syria."