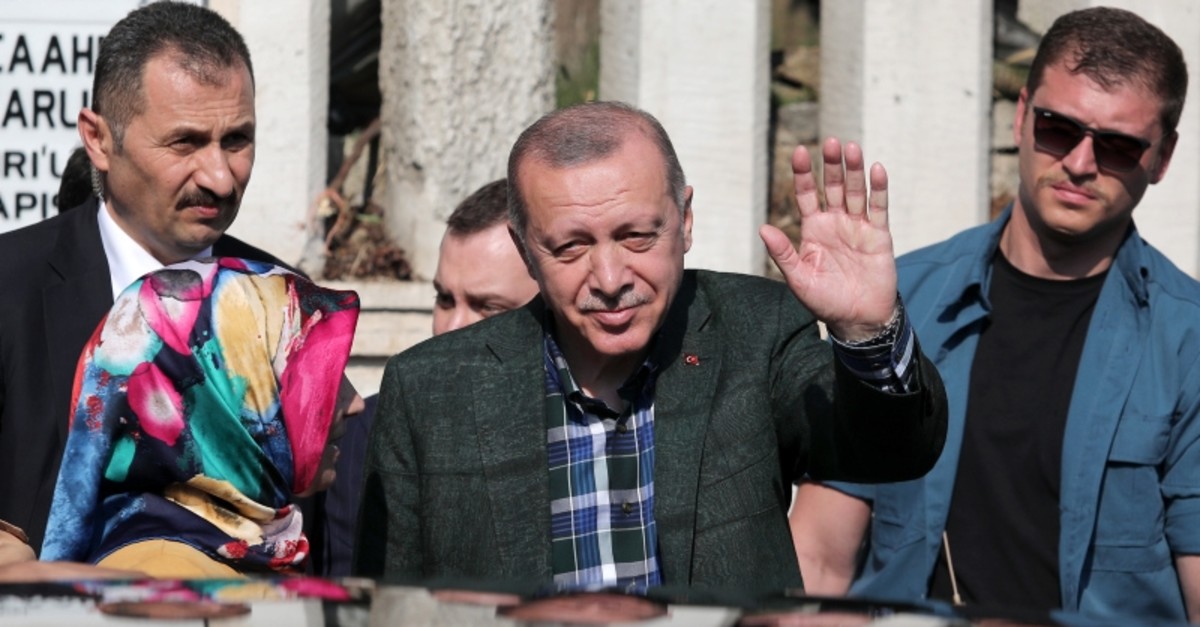 President Recep Tayyip Erdou011fan waves at citizens and members of the press after visiting the graves of his parents on the occasion of Ramadan Bayram, at Karacaahmet Cemetery in u00dcsku00fcdar district of Istanbul, June 5, 2019. (DHA Photo)
by Daily Sabah with Agencies
Jun 06, 2019 4:53 pm

The Saudi king thanked Erdoğan for Turkey's efforts during its term presidency in Organization of Islamic Cooperation (OIC).

The phone call comes after Erdoğan was notably absent from the Mecca summit of the OIC where the country was represented instead by Foreign Minister Mevlüt Çavuşoğlu.

Turkey's ties with Saudi Arabia have come under strain after the brutal murder last October of journalist Jamal Khashoggi in the Saudi consulate in Istanbul, which tarnished the international reputation of Crown Prince Mohammed bin Salman.

Saudi prosecutors have absolved the prince and said around two dozen people implicated in the murder are in custody, with death penalties sought against five men.

But attention has remained focused on whether the crown prince ordered the murder, despite the kingdom's denials.

He pledged to revitalize the nation's stagnating economy, create jobs and rid the country of widespread corruption.

He has also named a new Cabinet, with half the ministries going to women.

"For the first time in the history of our country, half of all ministers are women," he said in a televised address to the nation last month.

Ramaphosa said he reduced the number of ministers to 28 from 36 by combining a number of posts in a bid to cut spending and promote greater coherence, better coordination and improved efficiency.