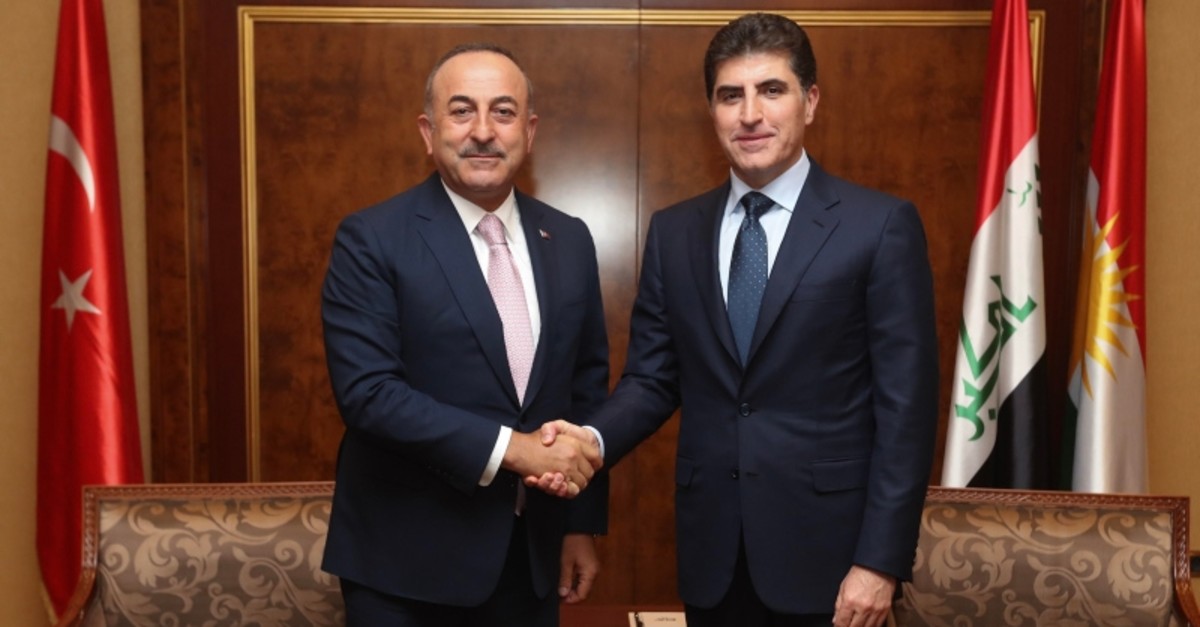 Çavuşoğlu was welcomed by Barzani in a ceremony at Irbil Airport. The two officials then held a bilateral meeting.

"Congratulations to @PMBarzani for his election as President of the KRG," Çavuşoğlu tweeted following the meeting.

He said Turkey and the KRG should focus on "concrete projects and carry out together our resolute fight against the terrorist organization PKK" in the coming period.

Çavuşoğlu also met with Chancellor of the Kurdistan Region Security Council Masrour Barzani and wished him success in forming the new KRG cabinet on Twitter following their meeting.

He expressed Turkey's desire to expand bilateral trade relations and investments and to cooperate in the fight against terror groups, especially the PKK and its affiliates.

He later met with Iraqi President Salih, stating after the meeting that Turkey and Iraq pledged to "keep up the momentum gained in our relations" and improve in all areas, particularly economy and security.

Barzani, who had been serving as regional prime minister, was elected two weeks ago by the regional legislature. The Kurdistan Democratic Party (KDP) had nominated ​him for the post in December.

Barzani is the nephew of the previous and only other holder of the office, Masoud Barzani, who stepped down after 12 years as regional president in November 2017, less than a month after helming a referendum on Kurdish independence that backfired and triggered a crisis for Iraq's Kurds.

The post had remained vacant since, and the president's powers were divided between the prime minister, parliament and the judiciary in a makeshift arrangement.