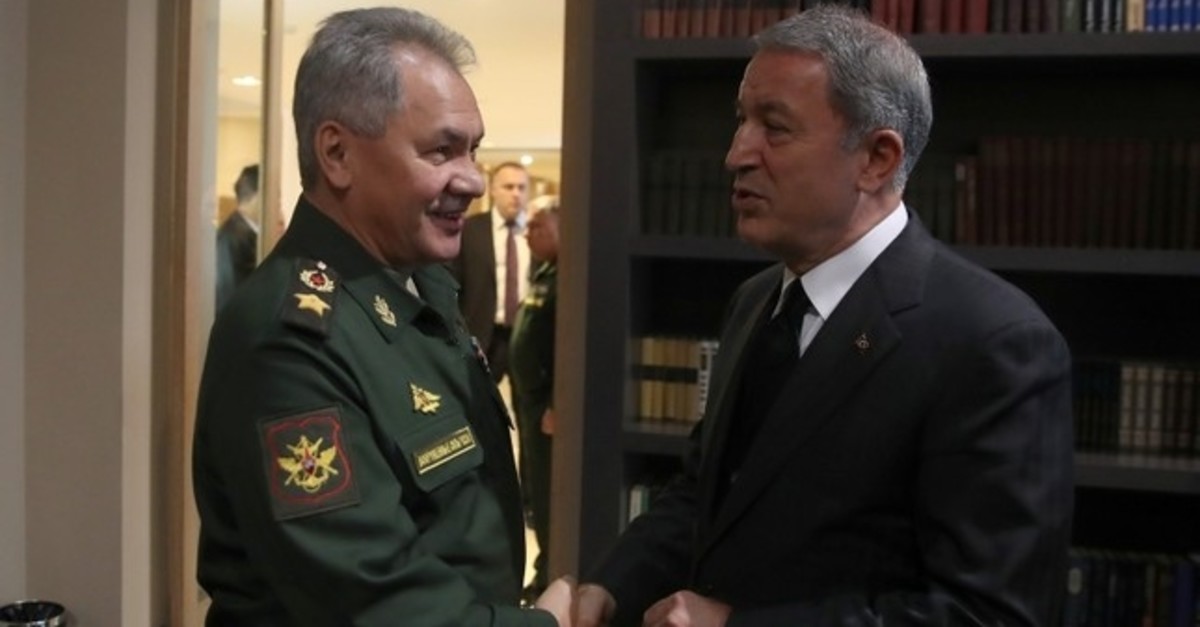 National Defense Minister Hulusi Akar and his Russian counterpart Sergei Shoigu held phone call Monday evening to discuss measures to be taken in Syria a week after a cease-fire in Idlib fell through over the Assad regime's attack on a Turkish observation point in the province.

Russian news agencies, citing the Russian military, reported last week that Ankara and Moscow had brokered a complete cease-fire in Idlib between the Syrian regime and opposition forces, which had been applied to the Idlib de-escalation zone and led to a significant reduction in violence. However, the Bashar Assad regime carried out two attacks on Turkish posts, negating Russia's cease-fire claims.

In the phone call, Akar and Shoigu exchanged views on steps be taken to preserve the cease-fire and peace and ensure stability in the region, underscoring the importance of committing to the Astana and Sochi agreements.

It was the second intentional attack by the regime, according to the Defense Ministry, as last week Turkey's 10th observation post was "deliberately" targeted in a mortar attack in which three soldiers were wounded.

Following eight months of calm provided by the Sochi deal, the regime intensified its attacks starting from April 26 under the pretext of fighting Hayat Tahrir al-Sham (HTS) militants holed up in Idlib. The intermittent attacks and bombardments have killed, wounded and displaced many civilians.

Being an opposition last enclave, Idlib's prewar population of 1.5 million has swelled to around 3 million with new refugee waves after it was designated a "de-escalation zone" under the Astana agreement between Turkey, Russia and Iran in May 2017 to pave the way for a permanent political solution in Syria.