Ankara calls on Assad's backers to restrain regime in Idlib 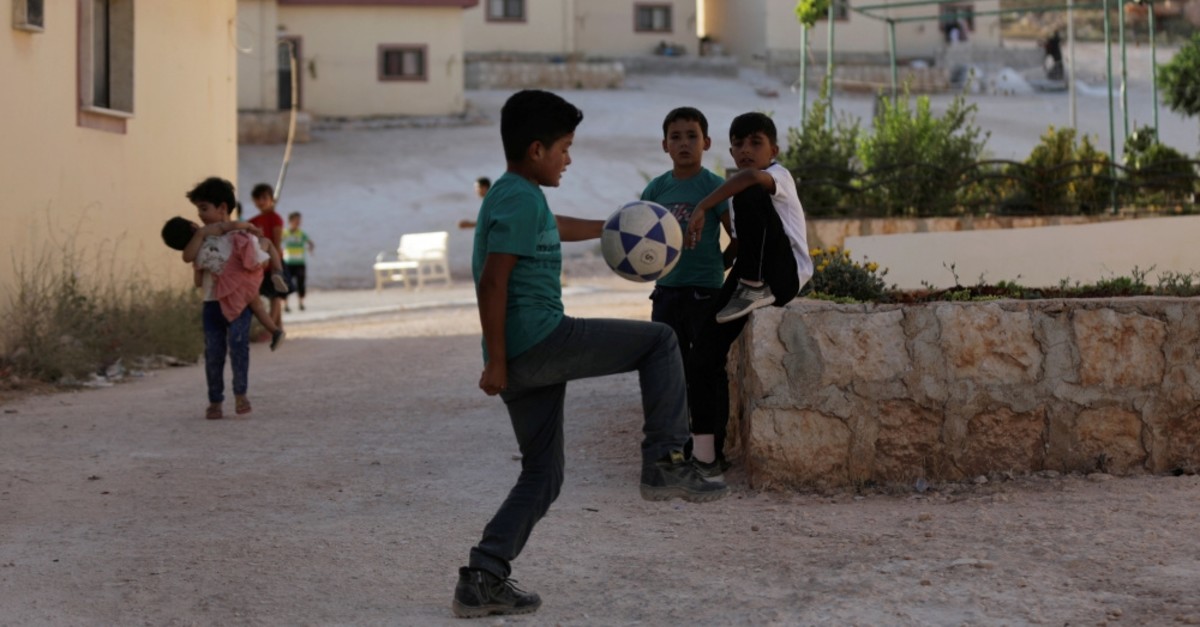 Ankara reminded Moscow and Tehran of their responsibility to restrain the Bashar Assad regime, according to bilateral and trilateral agreements, which recently attacked Turkish observation posts twice in northwestern Syria's Idlib, risking the de-escalation process.

Hours after a second attack by the regime in Idlib on Sunday, Foreign Minister Mevlüt Çavuşoğlu said that these kind of attacks will not be allowed, urging Russia and Iran to act as guarantor states for peace in Syria.

"At that point, stopping the regime is the responsibility of Russia and Iran, which we have been working with closely in Syria, so far. They are both guarantors of the regime in the political process and according to commitments on the ground," Çavuşoğlu said during his visit to Hatay, a southern Turkish province bordering Syria.

"Turkey won't tolerate Syrian regime harassment of its soldiers. We could teach them their place," Çavuşoğlu said.

It was the second intentional attack by the regime, according to the Defense Ministry, as last week Turkey's 10th observation post was "deliberately" targeted in a mortar attack in which three soldiers were wounded. The observation point located near Mount Zawiyah was targeted by 35 mortar rounds fired from the regime-controlled As Shariah region some 3 kilometers away. On Friday, President Recep Tayyip Erdoğan warned the Bashar Assad regime not to provoke Turkey through attacks targeting Turkish observation points in the region.

"If the regime attacks more Turkish observation points and continues to take such missteps, we won't remain silent. We want the deaths to stop in Syria. The bombing of Idlib with barrel and phosphorous bombs is inexcusable," Erdoğan told reporters in Istanbul before departing for Tajikistan to attend the 5th Summit of Heads of State of the Conference on Interaction and Confidence Building Measures in Asia (CICA).

Russian news agencies, citing the Russian military, reported Wednesday that Ankara and Moscow have brokered a complete cease-fire in Idlib between the Syrian regime and opposition forces, which has been applied to the Idlib de-escalation zone and led to a significant reduction in violence. However, the attacks rendered Russia's announcement of a cease-fire incoherent. Eurasia analyst Eşref Yalınkılıçlı recently told Daily Sabah that Turkey expects Russia to take responsibility to provide stability and peace in the de-escalation zone in the wake of the Assad re​gime's indiscriminate attacks on civilians and residential areas, while the presence of Hayat Tahrir al-Sham (HTS) terrorists remain a major concern for Russia. He added that despite tensions, the two countries have always maintained diplomatic channels open to overcome problems in cooperation. During his speech in Hatay, Çavuşoğlu also warned the regime, stressing that everyone witnessed that the capability of the Turkish army and special forces during previous cross-border operations into Syria. Meanwhile, following repeat attacks by the regime, Turkish commanders were deployed to observation posts in southern Idlib, Hürriyet daily reported yesterday. According to local sources, the Turkish military recently sent radar systems to detect the exact location of heavy weapons used in attacks on Turkish posts. Also, commandos entered the Olive Branch area, and a group of them headed to the attacked observation posts in Idlib. The Turkish police, gendarmerie special forces and commandos previously participated Operation Olive Branch and Operation Euphrates Shield against PKK-affiliated People's Protection Units (YPG) and Daesh in northern Syria to tackle the terrorist groups' militants in urban warfare. The Sochi agreement was reached in September between Ankara and Moscow, envisaging the preservation of the cease-fire in Idlib, with the withdrawal of heavy arms and radicals from the region.

Following eight months of calm provided by the Sochi deal, the regime has started to intensify its attacks since April 26 under the pretext of fighting HTS militants holed up in Idlib. The intermittent attacks and bombardments have killed, wounded and displaced many civilians. Abdullah Ağar, a veteran and security expert, said the attacks aimed to test Turkey's reaction and are risking Astana processes based on mutual trust. "We are also considering the possibility that Russia doesn't have as much influence on the Assad regime as previously thought," he stressed.

Meanwhile, regime media said Monday that opposition forces shelling in a regime-held area in the southern countryside of Aleppo has killed at least 12 civilians and wounded 15 others. The regime blamed the HTS for the attack, which took place after midnight Sunday and targeted the village of al-Wadehi south of Aleppo city.

The regime's attacks on Idlib have prompted fears of a new refugee wave as international organizations have been warning of a possible humanitarian crisis. The United Nations High commissioner for refugees, Filippo Grandi, told Anadolu Agency (AA) that 3 million people in Idlib are at risk and the Sochi deal between Turkey and Russia should be protected.

Last week, the U.N. regional humanitarian coordinator for the Syria crisis, Panos Moumtzis, also said nearly 2 million refugees could flee to Turkey if the regime attacks in northwestern Syria further intensify. Being an opposition last enclave, Idlib's prewar population of 1.5 million has swelled to around 3 million with new refugee waves after it was designated a "de-escalation zone" under the Astana agreement between Turkey, Russia and Iran in May 2017 to pave the way for a permanent political solution in Syria. Tens of thousands of Syrians trapped in other parts of the country were evacuated there under various cease-fire agreements.