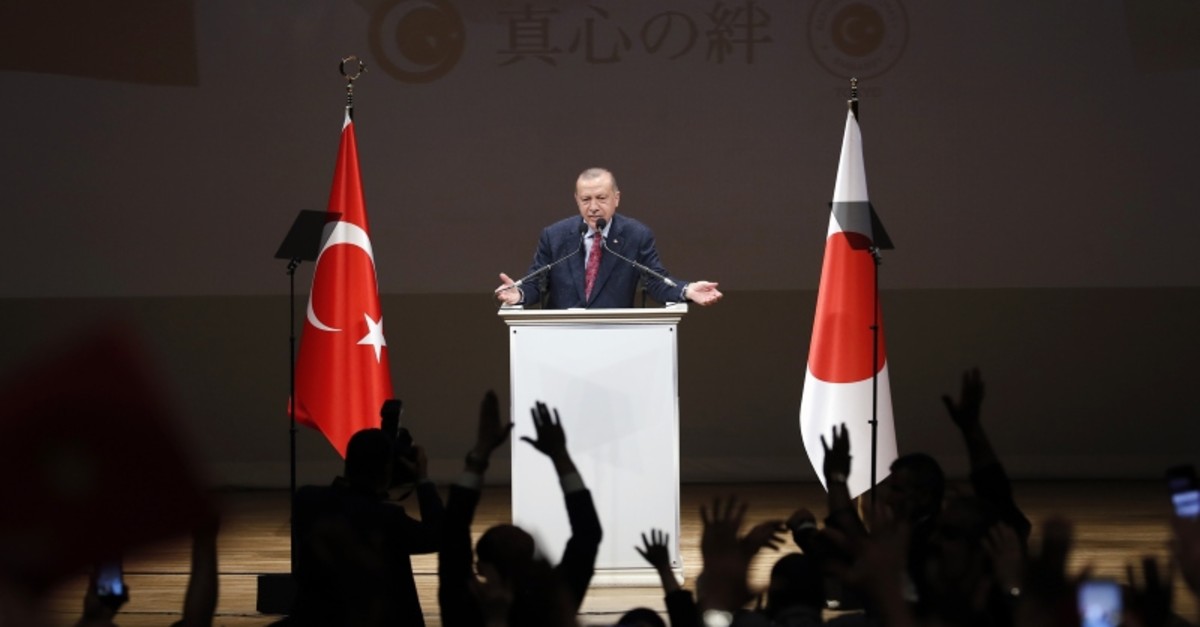 President Erdoğan's remarks came amid his address in Turkish Community program at Nagoya Bunri University Culture Forum. Erdoğan arrived at Osaka city of Japan on Thursday to attend G20 summit, then moved to other parts of the country, Kyoto and Nagoya respectively.

"We [Turkey] expect your support in fighting this bloody terror group," he said, urging Turks in Japan to take a stance against the smear campaigns of FETÖ terrorists who were "blinded by ambition, hatred, and grudge".

Turkey's top statesman said there was no difference between FETÖ and others such as the PKK and DHPK-C, both of which are responsible for scores of killings in Turkey.

According to Erdoğan, Turkey plans to open a consulate general in Nagoya city to boost cultural ties with Japan and extend a helping hand to Turkish people living there.

"Our brothers living abroad are not guest workers, they are now Turkish nation's representatives, ambassadors and power abroad," Erdoğan asserted.

Erdoğan called on Turkish people residing in Japan to learn Japanese so that they would achieve greatly and integrate into local society, but warned that their children should be raised in line with Turkish culture so they would never lose ties with motherland.

Furthermore, global aviation giant Turkish Airlines will start flights from Osaka Kansai (International) Airport to Istanbul as of April in 2020.