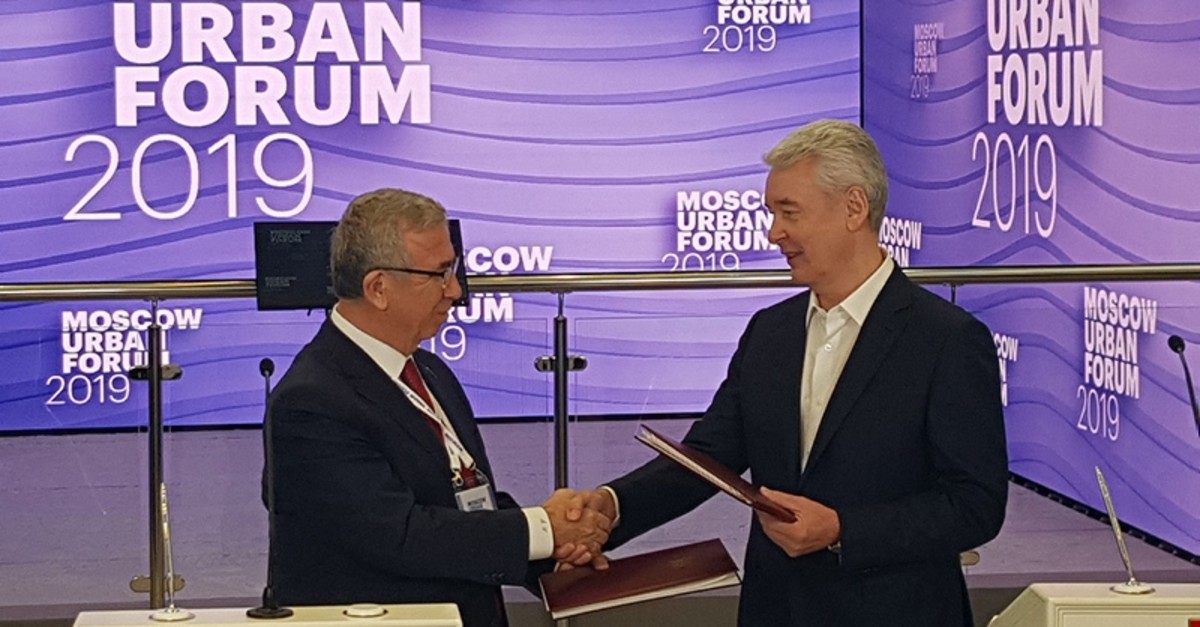 A cooperation protocol was signed between the metropolitan municipality in Turkish capital Ankara and the Moscow Municipality for a series of joint projects in several fields, ranging from regulations on public transportation and infrastructure to cultural activities between the years 2019 and 2021, the Ankara Metropolitan Municipality said in a statement Friday.

The protocol was signed between Ankara Mayor Mansur Yavaş and his Russian counterpart Sergey Semyonovich Sobyanin at the 9th Moscow Urban Forum which attracted mayors worldwide and was Yavaş's first official overseas visit since his election.

The statement said that the protocol's aim was to develop friendly relations and mutual understanding among the peoples of both cities and enhance cooperation by adhering to the principles of equality and mutual benefit, while working together in several areas such as public transportation, infrastructure, urban planning, housing services, environment, culture, tourism, sports and information technology.

Ankara and Moscow have also been sister cities since 1992.