New chapter with US depends on Washington's sincerity 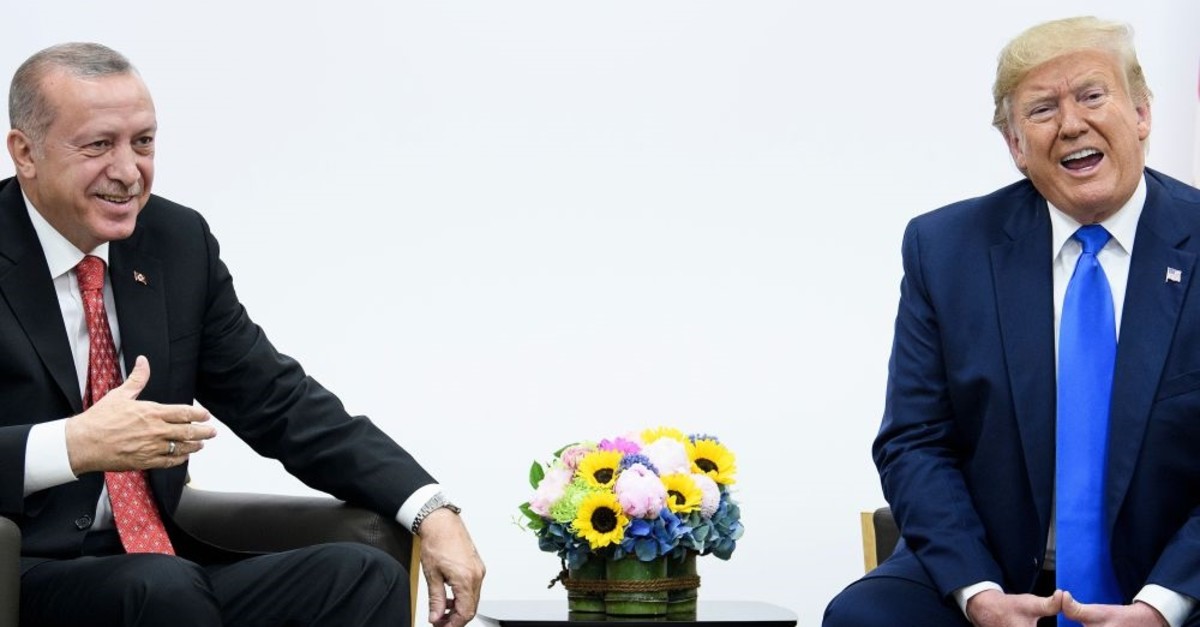 Although ties have gained new momentum with both countries' leaders showing some positive attitudes during recent meetings at the G20 summit, the continuation of this trend depends on Washington's upcoming moves

The repercussions and impact of the recent G20 summit are still being felt, especially in Turkish-American relations. During the summit, the two countries' leaders offered warm signals in a very positive atmosphere, not only on the sidelines of the summit but also during the bilateral talks that included both countries' ministers and high-level bureaucrats. Expectedly, the positive atmosphere, which reversed the current escalation over the S-400 and F-35 issues between the two countries, also hinted at the high possibility of opening a new chapter in Turkish-American ties. U.S. President Donald Trump's sentiment during the bilateral meeting, showing his empathy for Turkey's national security concerns and priorities, created a "wait-it-out" option for the ongoing redundancies in Washington for levying possible sanctions against Turkey.

In addition, the Senate's recent confirmation of David Satterfield as the new ambassador to Ankara after two years is another important signal regarding hope for the near future.

While Turkish policymakers and diplomatic corps' efforts helped justify Turkey's stance on this matter, President Recep Tayyip Erdoğan's personal relationship with Trump also played a major role in navigating this hot-button issue. Pointing out Trump's personality following their meeting, Erdoğan underlined that he was clear and precise on this highly critical issue for the sake of Turkey-U.S. relations in a broader sense.

Trump's approach to Turkey, which affirms Ankara's position and blames the Barack Obama administration's unfair policies for the current tension, is being welcomed by Ankara. However, it does not seem to be same in Washington, especially in the Pentagon and State Department, at least according to the initial reactions to Trump's statements. In fact, this can be seen in the the statements made by both institutions, referring to the notion that the Countering America's Adversaries Through Sanctions Act (CAATSA) or other sanctions against Turkey are still on the table and there is no stepping back from the current position. In fact, Erdoğan described the situation during a press conference in Osaka: "While expressing some things, Trump does not have a hidden agenda in mind." The president also added that this is a very unique feature of Trump, especially considering that he has many opponents within his own team on the issues.

Against all odds, Washington supposedly has to speak with a single voice in terms of recovering losses and to sustain hope of opening a new chapter with Turkey, who still considers the U.S. a strategic partner. In this respect, Ambassador Satterfield will play a crucial role for sure. He will be facing issues amid confusion in Washington over Turkey. In fact, it is unclear whether he will listen to Trump or the bureaucratic elites in the Pentagon, the State Department or the politicians in the Senate.

Under normal circumstances, he would be expected to act on the orders of the U.S. commander in chief, the president of the United States. However, as we have often seen, many ambassadors, army generals and bureaucrats have explicitly expressed their opposition to Trump's decisions in many fields since he was elected in 2016. Whether it is because of political divergences or not, the executive office of the U.S. still appears to be under the tutelage of the anti-Trump camp in state institutions.

Under these conditions, it will be interesting to see whether Satterfield will follow Trump's path or repeat the State Department's talking points. In addition to the daily traffic in politics, Satterfield will have to invest energy in repairing the broken public image of the U.S. in Turkey as he is the successor of John Bass, who left a negative legacy in his wake for Turkish-American relations.

So, when I asked the current charge d'affaires, Jefferey Hovenier during a July 4 reception on Tuesday whether should we wait for the new ambassador to make an interview request, he said: "Yes. Finally I will be able to address my own duty." The U.S. diplomatic branch in Ankara also seems tired of the strained relations lingering since Obama's term. There is now an opportunity to write a new chapter for Turkey and the U.S. Yet, the initial requirement for this means that Washington must remain committed to passing cohesive, genuine, sincere and consistent policies on Turkey.