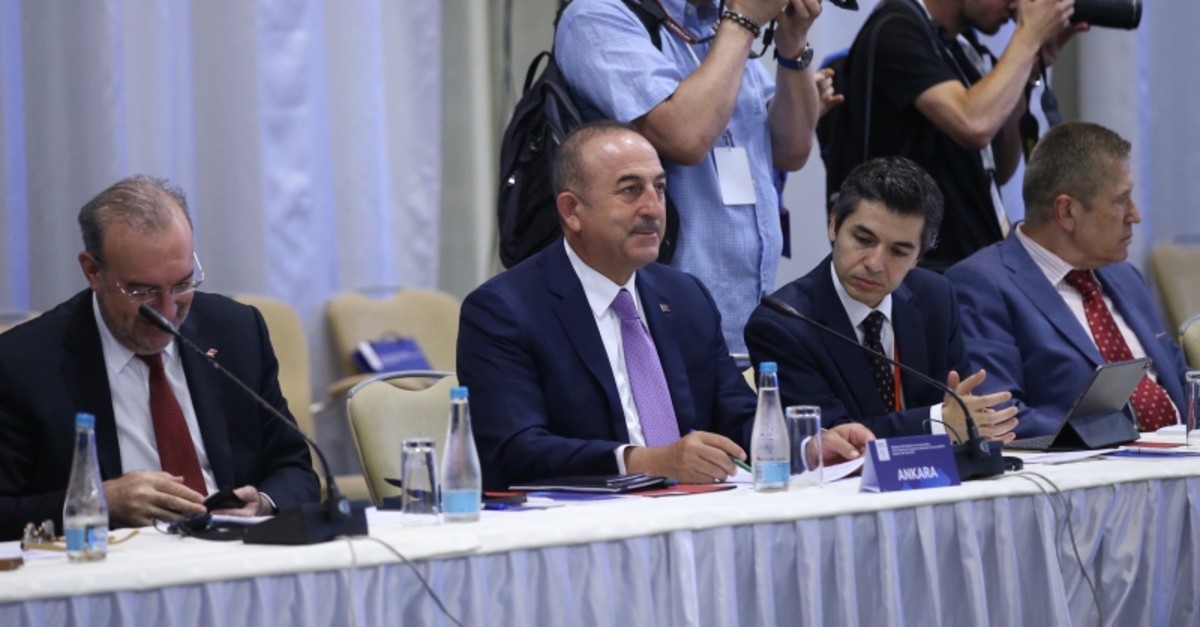 Delivering an opening speech in Sarajevo, Bosnian Foreign Minister Igor Crnadak said that the meeting will address issues of common interest to the SEECP member countries and what has been done during the chairmanship of Bosnia-Herzegovina.

The meeting was closed to the press.

Meanwhile, no officials from Albania and Kosovo, which are members of the organization, attended the meeting.

"Consolidating peace&stability in Balkans is Turkey's priority. As a founding Participant of #SEECP, will once again assume Chairmanship-in-Office for 2020-2021. Will prioritize migration, intra-regional transport connectivity & preventing brain drain," Cavuşoğlu said on Twitter.

SEECP was established in 1996 with the aim of strengthening political and security cooperation among the countries of the region, promoting economic cooperation and expanding the dimensions of democratic institutions, justice, combating illegal activities and humanities.

Turkey is among the founder members of the SEECP together with Albania, Bosnia-Herzegovina, Bulgaria, North Macedonia, Romania, Serbia and Greece are the members.

President Recep Tayyip Erdoğan is also visiting Bosnia-Herzegovina for the two-day SEECP summit. During his visit, Erdoğan will also hold bilateral meetings with members of the Bosnia and Herzegovina Presidential Council and with other participating leaders.

He will also meet with Turkish soldiers -- deployed as part of the Turkish Military Representative to the European Union Force in Bosnia and Herzegovina, Operation ALTHEA, in Butmir.

On Tuesday, Erdoğan will commemorate the 24th anniversary of the Srebrenica genocide.