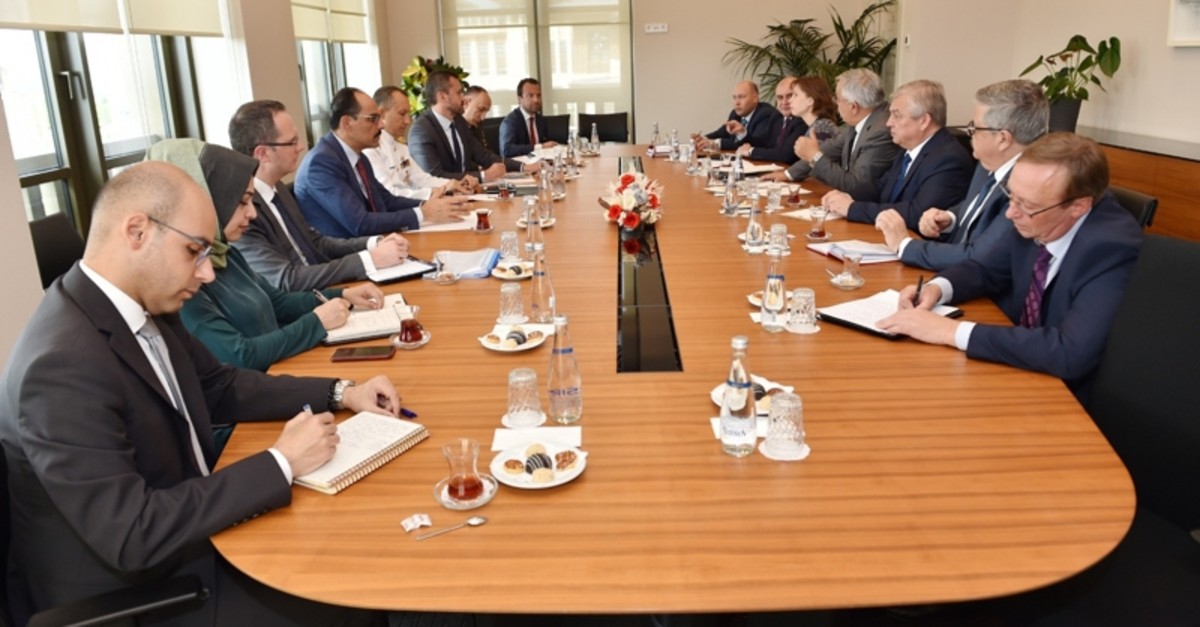 Presidential Spokesman Ibrahim Kalın met with Russia's Special Envoy to Syria Alexander Lavrentiev on Wednesday, as both discussed the Syrian Constitutional Committee, latest developments regarding Idlib and the safe zone, as well as the fight against terror.

In the meeting, in which Turkey's concerns and priorities regarding its national security were underscored, Turkish and Russian delegations led by Kalın and Lavrentiev discussed the preservation of the Idlib de-escalation agreement, the establishment of the Syrian Constitutional Committee, and the fight against terror throughout Syria.

The meeting at the Beştepe Presidential Palace Complex in Ankara also underlined the importance of fighting against all terrorist groups, including Daesh, the PKK and its branches the YPG and PYD, and reaching a political solution within the framework of the territorial integrity of Syria and rebuilding the war-torn country.

The importance of maintaining cooperation between the two countries with trust and transparency as well as the continuance of the effective and continuous communication on Syria between Turkish and Russian leaders was also underlined by both delegations. The meeting vowed to alleviate Turkey's security concerns and rid the region of all terrorist elements.