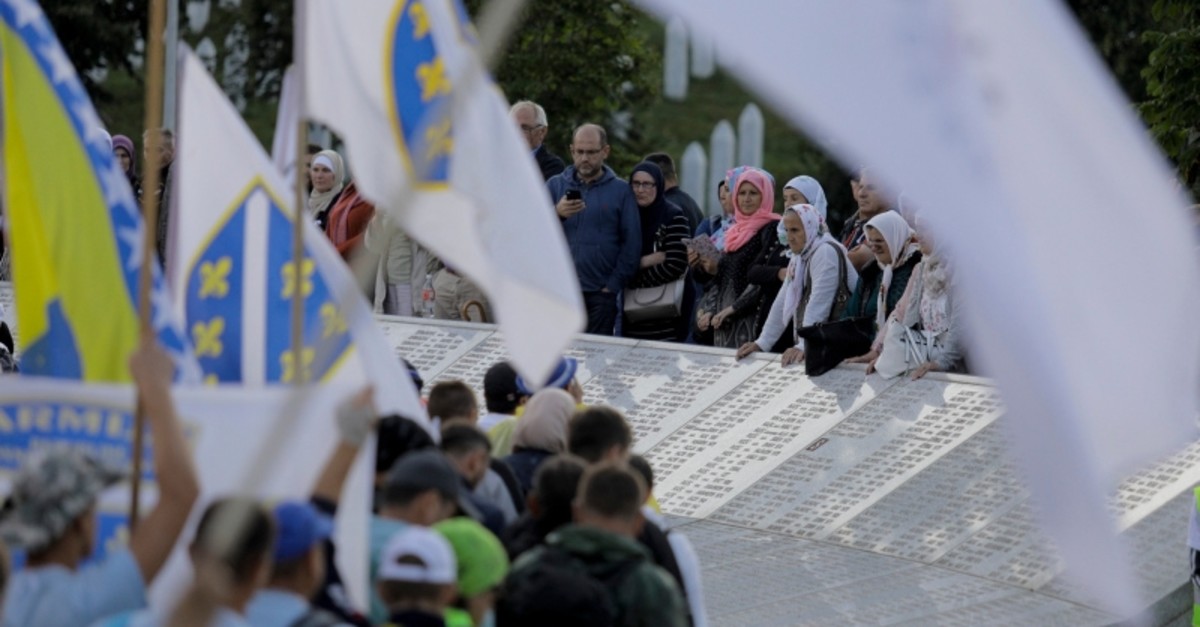 "The Srebrenica genocide, which happened right in front of Europe and claimed the lives of 8,372 innocent people, will never be forgotten in the history," President Recep Tayyip Erdoğan said in a tweet, offering his condolences to the people of Bosnia-Herzegovina.

Vice President Fuat Oktay said on his official Twitter account that those who committed this genocide, "a black stain in history," are not and will not be forgotten. "We will always stand next to our Bosnian brothers, who are entrusted to us by Aliya," Oktay said, referring to Bosnia-Herzegovina's independence leader and first president Aliya Izetbegovic.

"The Srebrenica massacre, one of the most shameful tragedies in history which unfolded before the world's eyes, once again reminds humanity of the terrible face of genocide," Presidential Communications Director Fahrettin Altun said on Twitter.

"On the 24th anniversary of the massacre, we commemorate our saintly martyrs and wish patience for our Bosnian brothers."

Altun also called on the international community to take responsibility to prevent further crimes against humanity.

"Turkey, a follower of the atrocities suffered by the people of Bosnia, will continue to support them in their rightful cause," he added.

Nearly a quarter-century ago, more than 8,000 people were brutally massacred in front of the world, said Turkish presidential spokesman Ibrahim Kalın in a written statement.

"I wish Allah's mercy on our martyrs," he added.

"We have not forgotten and will not forget this genocide, its perpetrators, supporters, bystanders, and those who turned a blind eye to it," he underlined.

More than 8,000 Bosnian Muslim men and boys were killed after Bosnian Serb forces attacked Srebrenica in July 1995, despite the presence of Dutch troops tasked with acting as international peacekeepers.

The U.N. Security Council had declared Srebrenica a "safe area" in the spring of 1993. However, Serb troops led by Gen. Ratko Mladic -- later found guilty of war crimes, crimes against humanity, and genocide -- overran the U.N. zone.