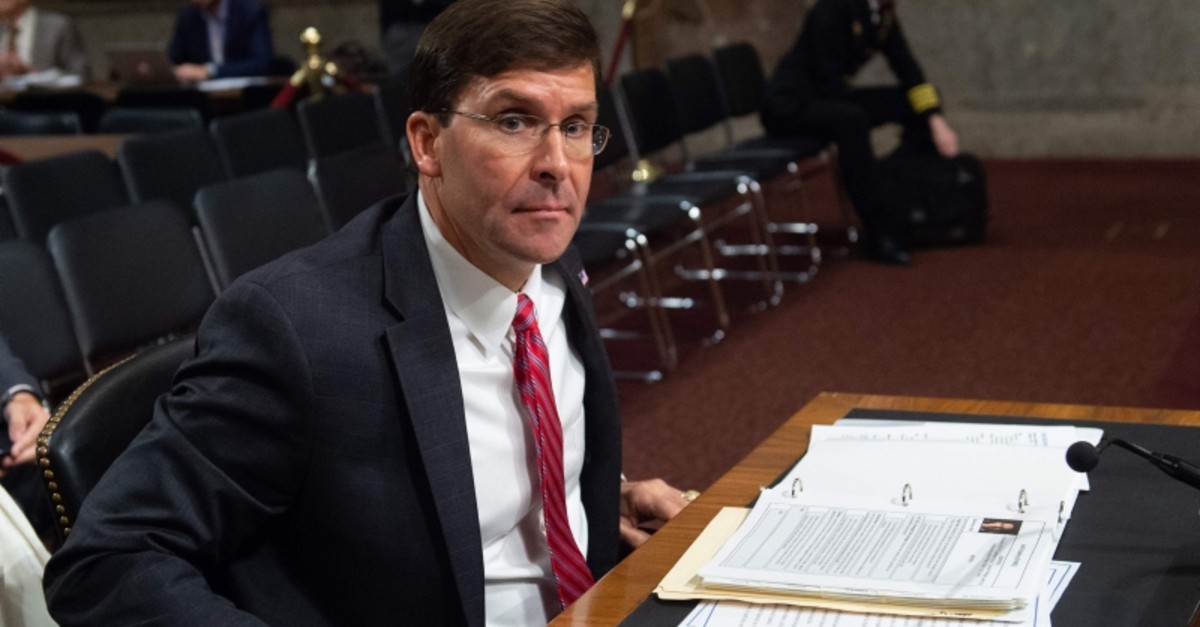 US Secretary of the Army Mark Esper, nominee to be Secretary of Defense, leaves after testifying during a Senate Armed Services Committee confirmation hearing on Capitol Hill in Washington, DC, July 16, 2019. (AFP Photo)
by Daily Sabah with Wires Jul 16, 2019 8:46 pm

Esper on Tuesday had called Turkey's S-400 decision a "wrong and disappointing" one, considering that "they have been a long standing and very capable NATO ally."

After his remarks, analysts were very vocal about a situation of conflict of interest, and that his position as a negotiator in S-400 talks would be tarnished as he had worked for seven years at Raytheon before he joined the Pentagon in 2017. Many also underlined that Esper's position might have negative implications for the company.

More over, Esper also has a two-year recusal agreement, which obligates him to recuse himself from all matters that involve Raytheon while he is employed at the Pentagon. The agreement naturally includes the Patriot system as it is produced by the company.

The revelation comes as the Trump administration threatens to expel Turkey from the F-35 fighter program over its purchase of S-400s from Russia, warning the anti-missile system could be used by Moscow to covertly attain secret information on the stealth fighter jet.

The delivery of S-400 components began last week and is ongoing. Turkey's Defense Ministry said a twelfth Russian plane with the anti-air parts landed at Murted airfield outside Ankara on Tuesday.

The U.S. halted in June training for Turkish pilots as a step in winding down Turkey's participation in the F-35 program.

Washington has also threatened sanctions over Turkey's purchase, with Ankara responding that any sanctions would be met in kind.

Esper has been the acting defense secretary since last month when Patrick Shanahan stepped down amid revelations about his family's past that were brought to light during his nomination process.

Navy Secretary Richard Spencer took over the Defense Department on an acting basis while Esper goes through his nomination process.