Turkey’s diplomacy, security policies on the table in Madrid 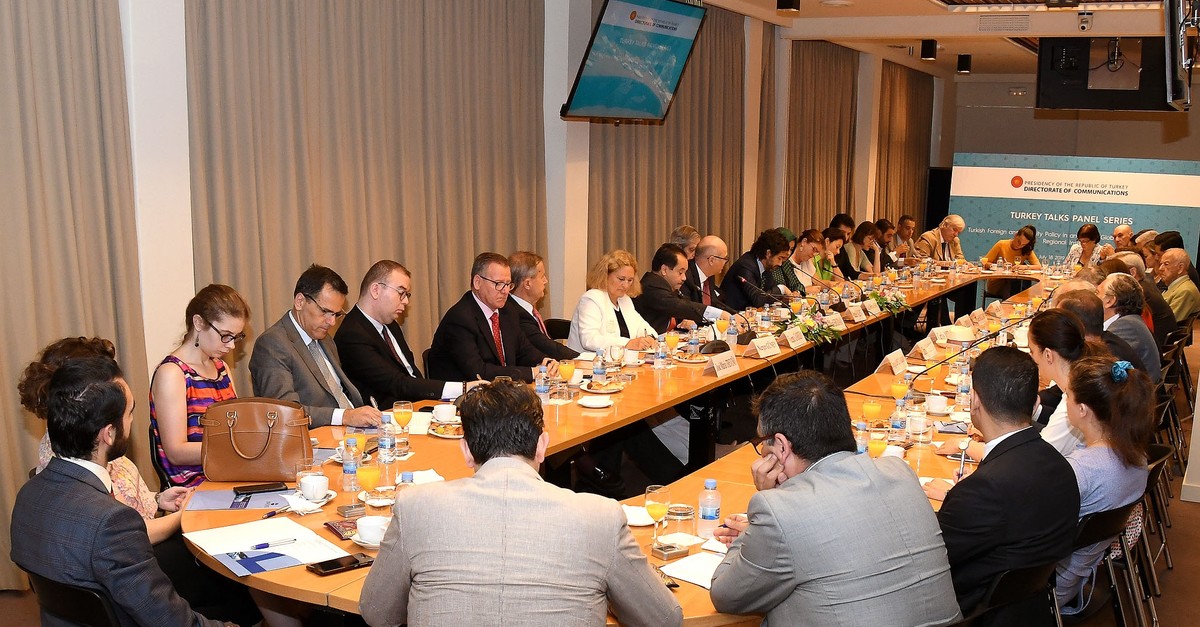 Turkey's foreign and security policies were the focus of the panel "Turkish Foreign and Security Policy in an Age of Global Transformations and Regional Instability" Thursday under the scope of Turkey Talks, an initiative organized by the country's Directorate of Communications.

Taking place at Spanish think tank International Affairs and Foreign Policy Institute (INCIPE), the panel hosted various representatives from international think tanks, media and diplomatic missions, discussing the diplomatic relations of Turkey, particularly with Russia, the U.S. and the EU. Other major topics discussed were the developments in the Eastern Mediterranean, the Syria crisis and both domestic and foreign threats to Turkey's national security. 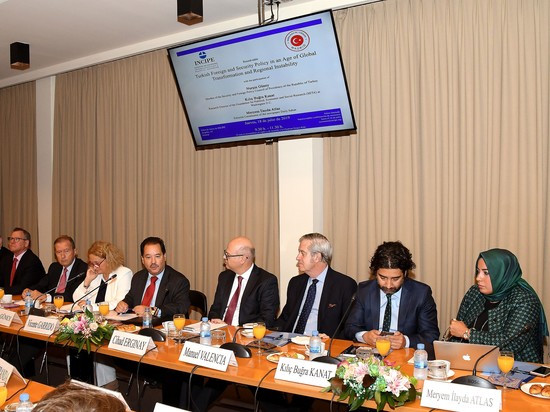 The speakers of the panel were Turkey's Ambassador to Madrid Cihad Erginay; Nurşin Ateşoğlu Güney, an academic and a member of the Presidency's Security and Foreign Policies Committee; Meryem İlayda Atlas, the editorial coordinator of Daily Sabah; and Kılıç Buğra Kanat, director of the Foundation for Political, Economic and Social Research (SETA) D.C.

Initiated in May 2019, the Turkey Talks panel series aims to strengthen the brand of Turkey and share the dynamics of the country's foreign policy with the leading institutions of the world. So far, the talks have taken place in Washington, New York, Pekin and Tokyo.

Making the opening speech of the panel, Enginay highlighted Turkey's multidimensional foreign policy. The envoy expressed that as a NATO member, Turkey provides the most support to the organization's missions. He further said having good relations with Russia, which is a key country when it comes to energy and logistics, is critical for the peace and stability of the region.

The Turkish-flagged drillship Fatih launched its offshore drilling operations on May 3 in an area 75 kilometers off the western coast of Cyprus. The area falls entirely within the Turkish continental shelf registered with the U.N. and in permit licenses that the Turkish government in previous years granted to Turkish Petroleum, the country's national oil company. The second drillship Yavuz, a twin vessel of the Fatih, is located on the west of the island off Karpas. Turkey's continental shelf rights lay in the area to the west of 32 degrees 16 minutes 18 seconds east longitude.

Atlas, during her speech, underlined yet another critical issue, the presence of Syrian refugees in Turkey, whose numbers have reached 3.6 million, making the overall number of refugees in the country 4 million. Reiterating that the refugee issue is not only Turkey's problem, Atlas said the attempts by the country to solve this issue, such as the idea of a "safe zone," are being interrupted by Western powers as, for instance, the EU insists on not implementing its promises listed under the 2016 refugee deal.

Ankara and Brussels signed an agreement in 2016 to find a solution to the influx of refugees heading to the union. According to the deal, Turkey was promised a total of 6 billion euros ($6.74 billion) in financial aid, which was initially designed to be given to the country in two stages and be used by the Turkish government to finance projects for Syrian refugees. Despite significant developments in the control of migration traffic, the EU could not deliver on its commitments stated in the deal.

The indecisive attitudes of various U.S. institutions as well as U.S. President Donald Trump's fluctuating stance on Turkey constituted the main agenda of Kanat's speech, who expressed that Washington's mixed policies raise questions in the minds of Turks.

Reiterating that the relationship, once called a "model partnership" back in the era of Barrack Obama era, has turned into a "strategic partnership" during the term of Trump, Kanat said still, none of these definitions reflect into the reality of the relations.

As an example of the U.S.' indecisive approach toward Turkey, Kanat mentioned Trump's positive statements on the country's S-400 missile purchase from Russia during the G20 summit in Japan, which was followed by totally opposing remarks by then-acting U.S. Secretary of Defense Patrick Shanahan.

In his meeting with President Recep Tayyip Erdoğan on the sidelines of G20 summit in Japan, Trump slammed the Obama administration's reluctance to sell Patriot missiles to Turkey in 2013, saying Turkey was not treated fairly as a NATO member and that it is not surprising to see that the country now leaning toward purchasing S-400s. Yet, while Trump was saying those words, Trump's nominee to lead the Defense Department was saying that Turkey's acquisition of the advanced Russian S-400 anti-air missile system is "wrong" and "disappointing."

But Turkey has emphasized that the S-400s would not be integrated into NATO operability and would not pose a threat to the alliance. 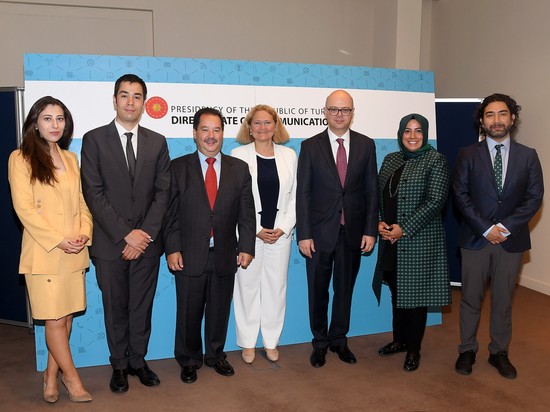 Speaking to Daily Sabah after the panel, Erginay emphasized the importance of having such talks in Madrid, while reminding the media that Spain was one of the countries that supports Turkey's EU membership the most. He also added that, especially following Brexit, the significance of Spain in the union increases daily.

INCIPE General Director Vicente Garrido Rebolledo, on the other hand, expressed to Daily Sabah their contentedness over hosting Turkey in Madrid to discuss the country's foreign policy matters. Going back to the INCIPE's first event, Rebolledo said the Turkish president at that the time, Süleyman Demirel, was also present at the event and since that they have been conducting events that focus on Turkey quite often. He also underlined that all the governments of Spain have supported Turkey's EU membership so far.

Turkey and Spain's relations are based on a positive agenda that benefits both countries. The vibrant trade volume between the two has reached 13 billion euros. In Turkey, there are more than 600 Spanish investor companies while some 100 Turkish companies operate in Spain. The two countries also cooperate in the defense industry and NATO.