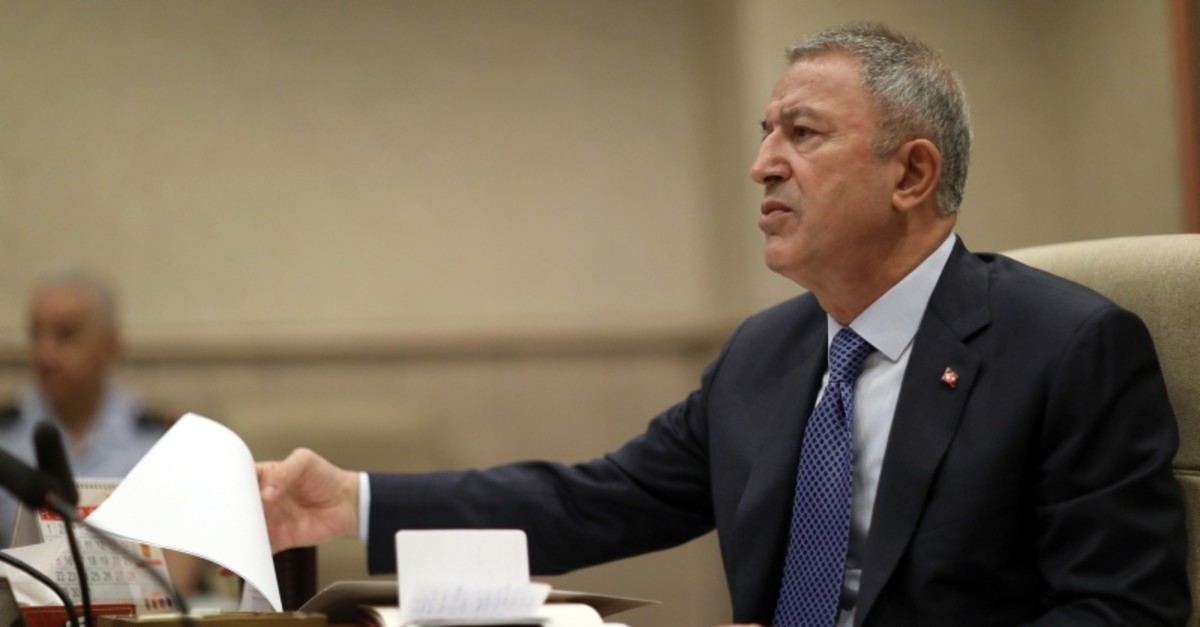 Turkey has informed the U.S. delegation about its views and proposals regarding the Syria safe zone and that it does not have any more patience left and will take the initiative if necessary, Defense Minister Hulusi Akar said Thursday.

Akar held a meeting with the Turkish chief of general staff and army, navy and air force commanders at the defense ministry following his meeting with the delegation led by U.S. Special Representative on Syria James Jeffrey, who came to Turkey on Monday to discuss the establishment of a safe zone in Syria.

"We expect them [the U.S.] to analyze the proposals and give us a response as soon as possible," Akar told the meeting, according to a statement released by the ministry.

The meeting also touched upon Turkey's satisfaction about U.S. President Donald Trump's positive stance regarding the F-35 fighter jets, but noted that it expects Pentagon to refrain from taking steps that will damage relations between the two countries.

Akar and Jeffrey also exchanged views on the situation east of the Euphrates, the presence of PKK-affiliated YPG in the region and are expected to discuss Turkey's exclusion from the F-35 program over Ankara's Russian S-400 missile defense system acquisition.