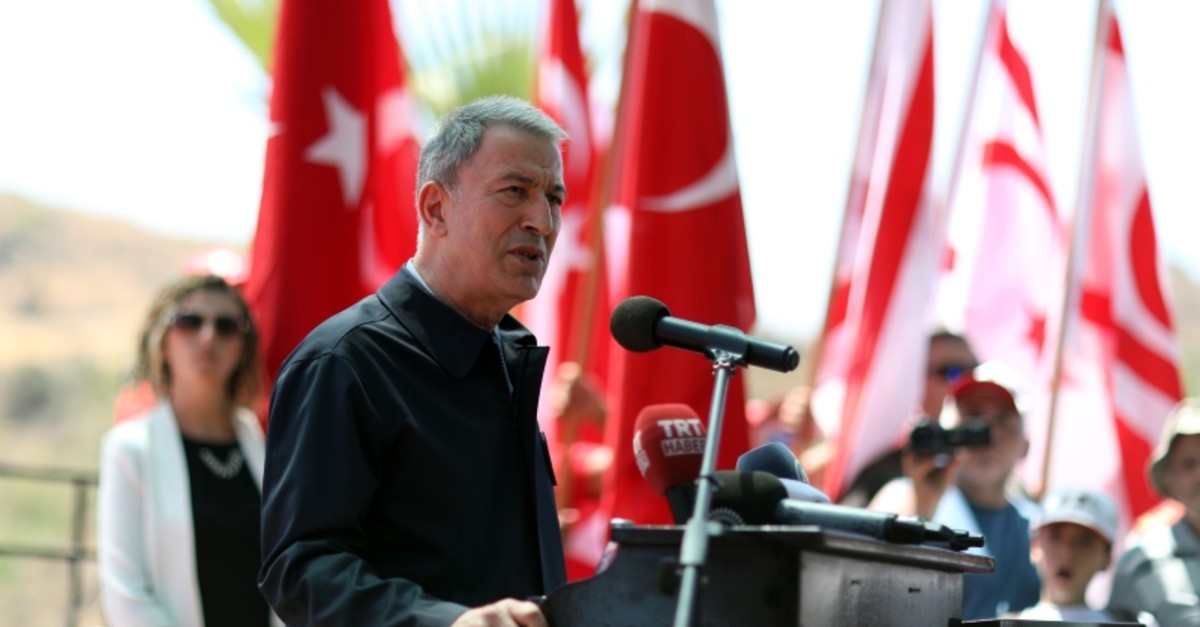 Ankara will never tolerate a usurpation of the rights of Turkey and Turkish Cypriots with a fait accompli, the country's defense minister said on Thursday.

Speaking at a ceremony for the 55th Anniversary of Erenköy Resistance on Cyprus, Hulusi Akar said Turkey and the Turkish Cypriots reached their hands out for peace and stability.

"We are awaiting an answer to this hand. We hope that all relevant parties, especially the Greek Cypriots, understand our conciliatory and sincere approach and respond in kind," Akar said, adding that they hoped that in this way, new "stories of peace" could be written on the island.

"Turkey is the most powerful guarantor of peace and stability in the region," Akar said.

He underlined that Ankara would continue to protect the legitimate rights and interests of both Turkey and the Turkish Republic of Northern Cyprus under international law, in accordance with guarantee and alliance agreements.

On Aug. 5, 1964, Greek Cypriots attacked the Erenköy and Mansur regions with assault rifles from the sea and infantry units reinforced with tanks and opened fire on Turkish towns and Turkish fishing boats on the coast.

After it became clear that the U.N. units on the island would remain indifferent to the massacre, Turkey sent its first aid mission to the island in the form of four aircraft on Aug. 7.

In 1964, nearly 500 Turkish Cypriot university students from Turkey and London came to Erenköy by boat to help in the resistance against Greek Cypriot attacks.