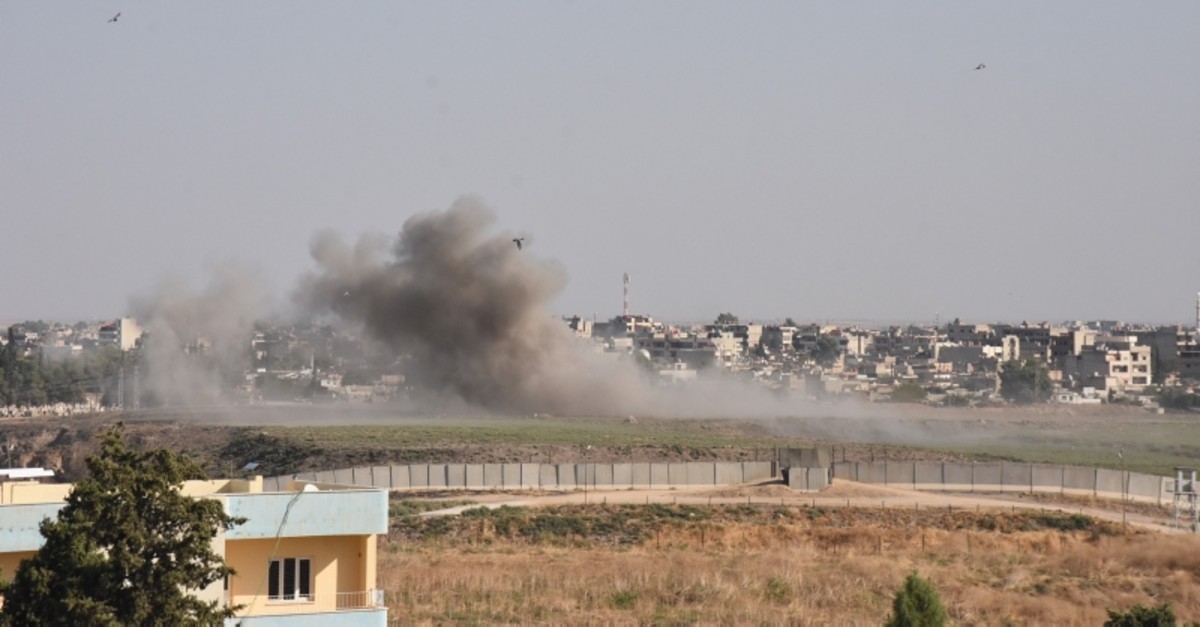 The head of the Turkish Parliament's Foreign Affairs Committee sent a letter on Friday to the U.S. Congress on Turkey's ongoing "Operation Peace Spring" in northern Syria.

"The objective of this operation is to ensure our border security, neutralize terrorists in the region and thus, save Syrians from the oppression and cruelty of these terrorists," said Volkan Bozkır in the letter sent to his U.S. counterpart in the House of Representatives, Eliot Engel.

Bozkır stressed that Turkey has taken all measures to prevent civilian casualties in the operation east of the Euphrates River.

He reiterated that Turkey had repeatedly emphasized: "if necessary, it would not hesitate to use its right of self-defense stemming from international law."

"Turkey called for the establishment of a safe zone in northern Syria nearly four years ago for two reasons. First, we need to control this threat along our border with Syria, just as the U.S. seeks to control its own borders. Second, we seek a safe zone for the safe and voluntary return of Syrian refugees, Kurds, Arabs, Turkmens, Christians, who live in Turkey and elsewhere but would like to return home," he said.

"They do not wish to live under the yoke of a Marxist terrorist organization, paradoxically mirror-imaging ISIS/DAESH tactics of intimidation along our border," said Bozkır.

He added: "Turkey does not seek conflict with the Kurdish people. Kurds make up a significant portion of the Turkish population. They serve in our military, in our Parliament, they are business leaders in Turkey. In addition, Turkey has no ambition to occupy northeastern Syria. We remain committed to the territorial integrity of Syria. Turkey also has no interest in changing the demographics of the region, as some have alleged."

Besides Engel, Bozkır sent the letter to Republican committee leader Michael McCaul and Senator James Risch, the Chairman of the Committee on Foreign Relations in the Senate.

Turkey on Wednesday launched Operation Peace Spring east of the Euphrates River in northern Syria to secure its borders and Syria's territorial integrity by eliminating terrorist elements and to ensure the safe return of Syrian refugees.

Turkey plans to resettle 2 million Syrians in a 30-km (19-mile) wide proposed safe zone in Syria stretching from the Euphrates River to the Iraqi border, including Manbij. However, the presence of terror groups such as the PKK, PYD and YPG risk its formation.

More than 300 people have been killed in attacks claimed by Daesh in Turkey, where the terrorist group has targeted civilians in suicide bombings and armed attacks in recent years

In its more than 30-year terror of campaign against Turkey, the PKK-listed as a terrorist organization by Turkey, the U.S. and the European Union -- has been responsible for the deaths of some 40,000 people, including women, children and infants.