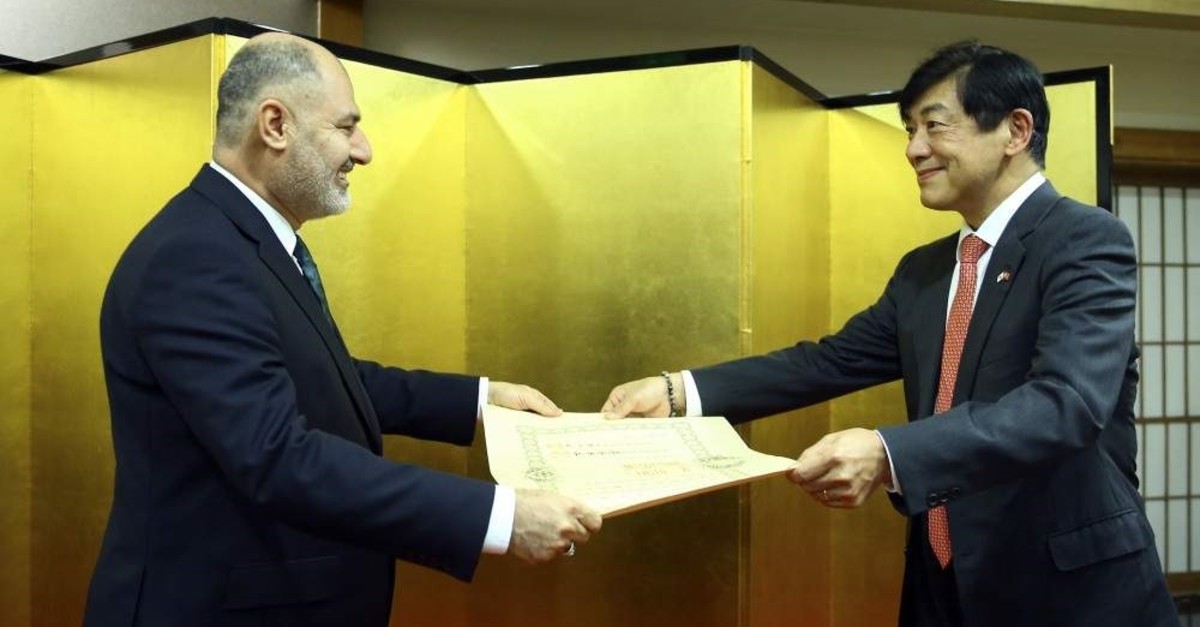 The Japanese government decorated Turkish Deputy Defense Minister Alpaslan Kavaklıoğlu on Thursday with the Order of the Rising Sun for his contributions in strengthening and enhancing bilateral relations. The Gold and Silver Star medal was presented by Japan's ambassador to Ankara, Akio Miyajima, at the Japanese Embassy residence.

Speaking at the ceremony, Miyajima said Kavaklıoğlu has been working "very hard for many years" and has "strengthened the relationship and friendship between the two countries."

Kavaklıoğlu had visited Japan after the Great Hanshin earthquake, also known as the Kobe earthquake, in 1995. Kavaklıoğlu served as the head of the Turkey-Japan Inter-Parliamentary Friendship Group for six years between 2011 and 2017 before becoming deputy minister of defense.

"I went to investigate their reconstruction work (after the earthquake) and I stayed there for six months to learn from their experience," Kavaklıoğlu told Anadolu Agency.

"There is a great intention to further enhance develop bilateral relations. We can strengthen our cooperation in several areas such as industry and technology," he added.

"If there would be a survey in Turkey that asked the country's most favored nation, Japan and the people of Japan would rank highest because there are great similarities between our countries and people and parallels between our histories," Kavaklıoğlu said.

"Turkey and Japan are two states but one nation," Miyajima said.

Established in 1875 by Emperor Meiji, the Order of the Rising Sun was Japan's first award and is now the third highest order bestowed by the Japanese government. It is the highest-ranked Japanese award presented to foreigners and is divided into six classes, of which the Gold and Silver Star is the second class.