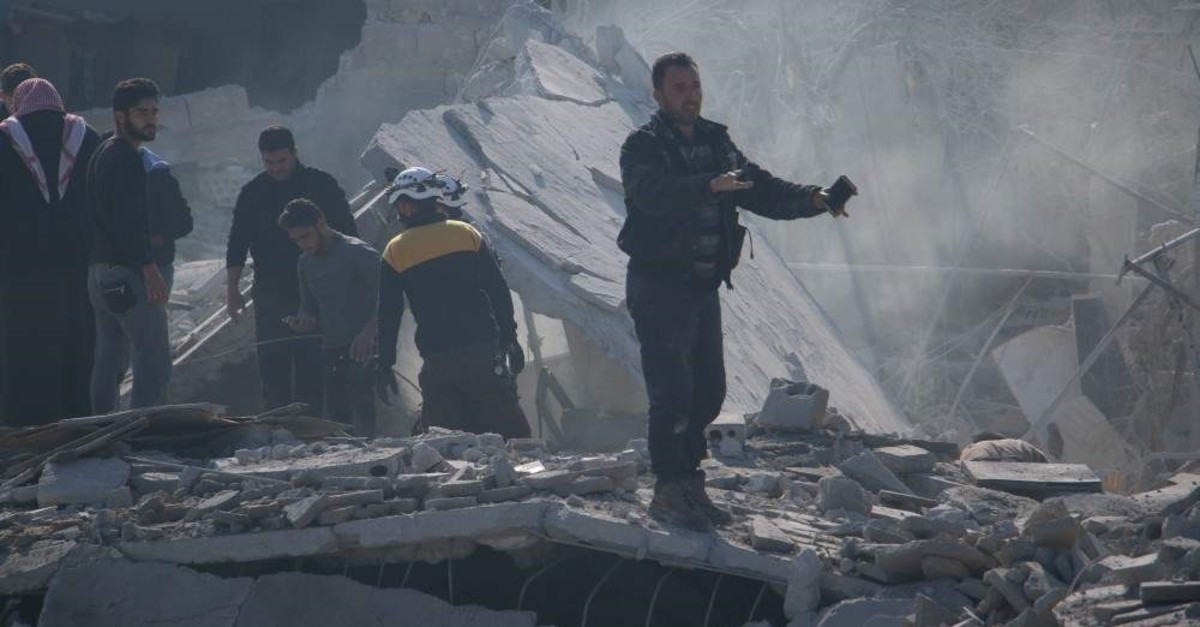 Assistant Secretary-General for Humanitarian Affairs and Deputy Emergency Relief Coordinator Ursula Mueller voiced that the situation in Idlib with recurrent airstrikes of the Bashar Assad regime and its backers is "alarming." The humanitarian situation for civilians in Idlib is "worse than when the year began," she told the U.N. Security Council (UNSC) on Thursday.

The top aide to U.N. Secretary-General Antonio Guterres criticized the UNSC for its inaction regarding the crisis in Syria and questioned what it will do to prevent another catastrophe in the country's northwest.

"There is no question today about whether you, members of this council, are aware of the tragic humanitarian situation in Syria – you clearly are. The question today is what you will do to protect civilians in Idlib – the latest example of an entirely known, predictable and preventable humanitarian disaster unfolding before our eyes," she added.

Some 12,000 civilians are headed toward the Turkish border after the Assad regime forces, backed by Russia, intensified their attacks on the de-escalation zone in northwestern Syria's Idlib province in recently.

Pointing out that nearly 60,000 people were displaced due to the conflict, Mueller stated that a full-scale attack would end with a devastating disaster for the 3 million people living in the region.

On the other hand, Turkey's permanent representative to the U.N., Feridun Sinirlioğlu, said at the council that the increasing tension in Idlib is concerning and would trigger a new refugee wave. Sinirlioğlu, who highlighted that 50,000 people moved toward the Turkish border due to conflict, underlined that all kinds of efforts to lower tension have to be shown.

The conflict in Syria that started in 2011 has killed hundreds of thousands of people and forced more than 5 million people to flee, while more than 7 million are internally displaced. Refugees mainly took shelter in Turkey, Jordan and Lebanon, with Turkey hosting the largest number of refugees. Some have sought to reach Europe via the Aegean and Mediterranean seas, but hundreds died en route to Greece and other coastal countries.

Turkey requested to open a fifth border crossing through Tal Abyad to facilitate access to locals and people in Raqqa and Hasakah, yet even though the U.S. supported this idea, other countries in the council removed this request to convince Russia, which is insisting on lowering the four border crossings to two.

Sinirlioğlu explained that the mechanism enabling the allocation of aid is vital for millions of Syrians and that it is not a political problem but a humanitarian situation that needs immediate action.

Cross-border aid to Syria is currently provided through four border crossings within the framework of the UNSC decision. This decision has to be renewed by the end of the year.

Responding to accusations that Turkey has tried to "legitimatize" its operation in northern Syria with this request, Sinirlioğlu said: "It has been announced by the United Nations Office for the Coordination of Humanitarian Affairs (OCHA) that the Tal Abyad border crossing is important for U.N. operations. Furthermore, Turkey does not need the consent of other countries to defend itself against terror threats."

Humanitarian disaster around the corner

Mueller also pointed out that the humanitarian disaster is not only affecting locals, saying, "Civilians on both sides of the frontline suffer the consequences." She added that "medical personnel and facilities have also suffered."

"Rain, cold and winter conditions have compounded hardships for many displaced families and their host communities," while a supply shortage of heating has left Idlib families "burning tires, old clothes and other household items to stay warm," she elaborated.

Meanwhile, the death toll from airstrikes and artillery attacks by the Assad regime backed by Russia on the de-escalation zone rose to 13, the White Helmets civil defense agency said Thursday. The agency said at least 40 others were injured in the latest attack on Idlib.

"The civilians in #Idlib are left alone to face the military arsenal of the regime and Russia, while the international community, including the guarantors, are watching in silence. How is the world ok with this?" the White Helmets wrote on Twitter.

Since November, regime attacks forced nearly 110,000 civilians, including 20,000 families, to flee their homes. Most of these families migrated to relatively safer areas near the Turkish border where they have been protected from terrorist elements during Turkey's cross-border anti-terror operations.

The escalating violence in Idlib has shattered a deal reached in September of last year between Russia and Turkey to establish a buffer zone.

Idlib, home to around 4 million people, is the last opposition enclave in Syria. President Recep Tayyip Erdoğan and his Russian counterpart Vladimir Putin reached an agreement in Sochi on Sept. 17, 2018, which stipulated that the cease-fire in the Idlib region was to be preserved with the withdrawal of heavy arms and radicals from the region.

Since Moscow and Ankara reached a deal in September 2018, over 1,300 civilians have been killed in the Idlib de-escalation zone. Over 1 million Syrians have moved near the Turkish border following intense attacks.

Speaking on the much-disputed Al-Hol refugee camp, where 94% of the occupants are women and children, she urged governments to "immediately take back" their most vulnerable nationals to give them the "best chance" for a better future. Turkey has also frequently voiced that it is essential countries take back their citizens both to prevent a new series of radicalization and to bring stability to the region.