What will Turkey's priorities be in its foreign policy in 2020? 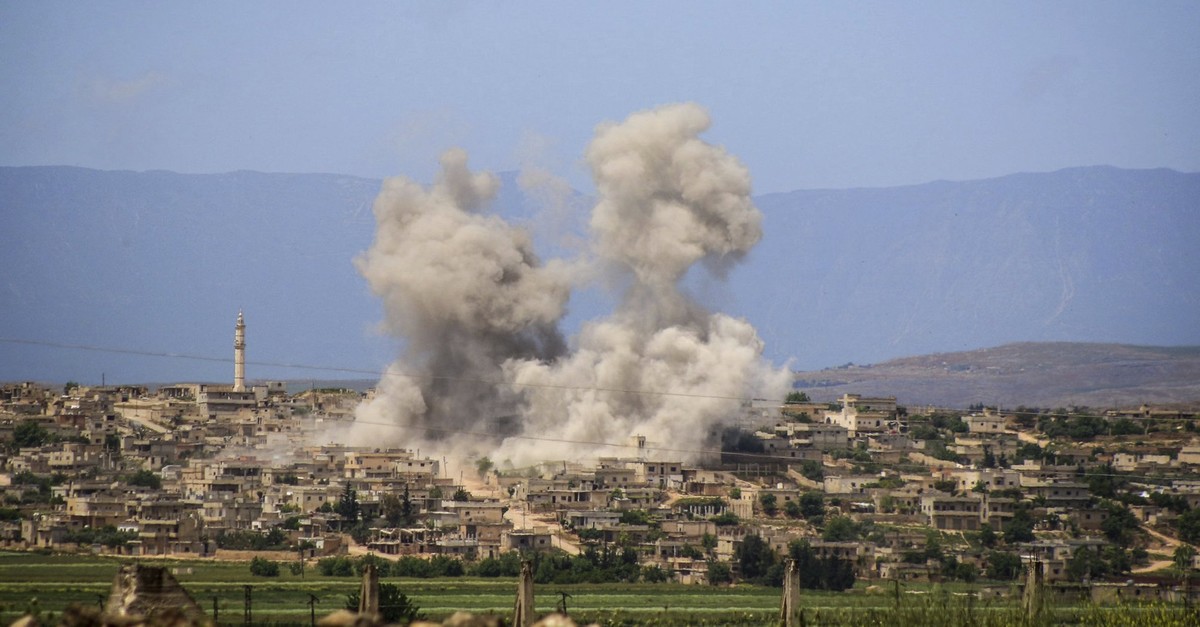 The year 2019 has witnessed quite a few busy days in Turkey's foreign policy and security agendas. Turkey, conducting both bilateral relations in regional and international fields, particularly in Syria, and carrying out shuttle diplomacy in topics brought forth by geopolitics, has been both at the table and in the field.

Through Operation Peace Spring launched in the last months of the year, Ankara announced to the U.S., the EU and Russia that it will not allow its national security concerns to be postponed further. Again during the last days of the year, with the deal signed between the head of Libya's official administration, Government of National Accord (GNA) Prime Minister Fayez al-Sarraj, and President Recep Tayyip Erdoğan, Turkey gave a strong message that it will protect its economic, strategic and security interests in the Eastern Mediterranean until the end. This was an open answer especially to Greek, Israeli and Egyptian policies in the Eastern Mediterranean, which were violating other countries' rights and rendering international law a fait accompli.

In this regard, 2019 has been registered as a highly fruitful year for Ankara in terms of diplomacy. However, the establishment of the safe zone to be completely cleared of the PKK and its Syrian offshoot YPG through deals with Russia and the U.S. as well as the burden-sharing of Syrian refugees with the EU have not gained sufficient momentum and speed. The YPG occupation of Manbij, Ayn al-Arab and Qamishli still continues despite the commitments of Russia and the U.S. As it may be recalled, the U.S. had pledged that terrorist organizations would leave the 30-kilometer-deep area south of Turkey's border, while Russia had pledged that the military police together with regime forces would enter the relevant regions and guarantee that the organization was removed.

On the other side, even though Idlib was declared a de-escalation zone through a deal signed with Russia in Sochi, the tension in the region rises by the day. It is expected that if the Assad regime's attacks continue, another major refugee wave will head toward Turkey and the European Union. Currently, 120,000 Syrians have been displaced, fleeing toward the Turkish border. In the face of these serious developments, there is still no solid steps coming from EU countries apart from being a mere spectator.

In 2020, Turkey will follow the application and reflection of the deals signed with Russia and the U.S. on the field on one side and pursue its pressure on the EU to be involved in the process on the other. Yet, if this pressure remains inconclusive, it is clear that Turkey does not want to shoulder the burden of refugees on its own and that it will not put up with the EU's inaction. It seems like Turkey will not struggle to stop a migrant wave moving toward the West after this point.

In the first week of January during Russian President Vladimir Putin's visit to Turkey for the TurkStream project opening, the developments in Syria, particularly in Idlib, the establishment of a political solution in the country and the obligations of the joint Astana initiative will be on the agenda. We can expect that direct communication between Erdoğan and Putin as well as intense diplomatic efforts on the Ankara-Moscow channel will continue throughout 2020 just as they did in 2019.

The memorandum to deploy Turkish troops in Libya that will be submitted to the Turkish Grand National Assembly in the first week of the new year will be one of the most important headlines of Turkey's yearlong busy diplomacy agenda. We can see the Mediterranean as the second-most important topic after Syria in Turkey's 2020 foreign policy and security schedule. Turkey will protect and defend its rights resulting from the Dolmabahçe agreement signed with Libya's official government on Nov. 27, 2019. In this manner, Ankara will seek its rights of international law before the U.N.

On the other side, together with the foresight that diplomacy, especially in terms of trade, will increase between Ankara and the U.K., which will leave the EU officially on Jan. 31, 2020, and British Prime Minister Boris Johnson, it can be expected that relations regarding Syria and the Mediterranean will also enhance.

However, it seems impossible to catch the same positive relations with Brussels. Even though Turkey is wholeheartedly committed to its relations with the EU, Brussels resists unfairly and reacted to Turkey's Operation Peace Spring launched on its southern border due to national security concerns and its search for rights in the Mediterranean. These reactions take the form of sanctions and embargos, disrupting diplomatic processes and negotiations at times. It does not seem likely that the EU's stance against Turkey will go through a major change in the new year.

Regarding relations with the U.S., despite tensions due to the upcoming elections in Washington, U.S. President Donald Trump is well aware of how important and strategic Turkey is for Washington.

Even though Trump toughens his messages from time to time against Turkey due to pressure from Congress and internal dynamics that caused daily crises in headlines in 2019, we can expect that the crises will somehow be overcome. Thus, it is foreseeable that certain topics might fuel new fractures between Washington and Ankara in 2020, but the solid communication between Trump and Erdoğan will be able to tackle with this imbroglio.

With indicators pointing to a win for Trump in November 2020, it seems highly possible that a positive atmosphere in Turkey-U.S. relations will be created that has not been seen for a long time.

Lastly, we have seen a Turkey in 2019 that has been literally both in the field and at the table. Expectedly, it will be the same for 2020. While Turkey will continue to do so in the new year, it will eye mainly the Mediterranean and Syria while turning its ear toward the most important interlocutors: Moscow, Washington and Berlin.