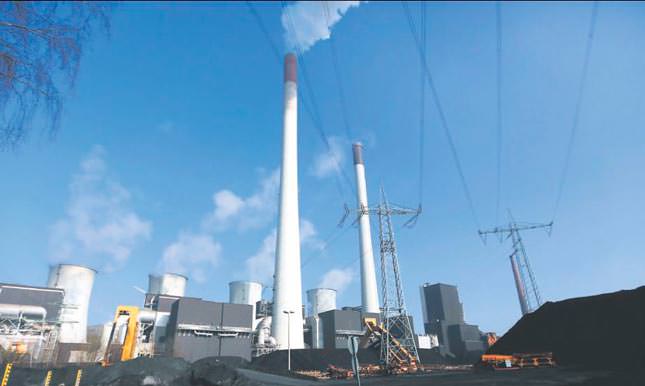 by French Press Agency - AFP Mar 13, 2014 12:00 am
BRUSSELS – Eurozone industrial output was weaker in January than previous months, official data showed on Wednesday, but the underlying trend appears consistent with a very modest economic recovery in the single-currency bloc. Industrial output in the 18-nation eurozone fell 0.2 percent in January after a sharper drop of 0.4 percent in December when it had 17 members, the Eurostat statistics agency said.

Jonathan Loynes, an economist with Capital Economics, said the figures amounted to a "disappointing soft start" to the year and were "another reminder that the eurozone's economic recovery remains fragile." "The 0.2 contraction in production was weaker than we had expected," Loynes said.

However, Howard Archer, from IHS Global Insight, said that while the figures marked a disappointing start to 2014 for manufacturing, "the underlying data was more reassuring" and pointed to an expansion in the sector. "With latest survey evidence from the purchasing managers reasonable, the overall impression is that the Eurozone manufacturing sector is currently on a modest recovery path," Archer said.

On Monday TurkStat released its Industrial Production Index for January.

According to the data, seasonal and calendar adjusted industrial production increased by 1.1 percent compared with the previous month.