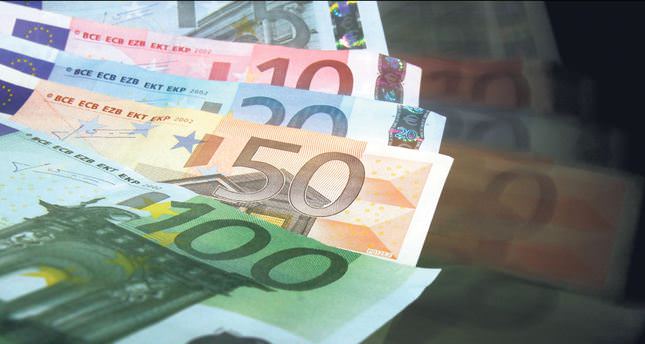 Europe's highest court rejected Britain's legal challenge to the introduction of a financial transactions tax in Europe, dealing a blow to London's efforts to stop a levy that may hit its trading business

BRUSSELS / LONDON — Britain's legal challenge to a financial transactions tax was rejected by Europe's highest court, dealing another blow to attempts to shield London's financial centre from the influence of Brussels. Yesterday's ruling throws out the legal action intended to prevent a group of 11 countries, including Germany and France, from introducing a trading tax, and was seized on by critics as evidence of the British government's impotence in fighting its corner in Europe. Britain, where financial services account for a tenth of the economy, making the sector one of the country's biggest tax generators, had argued that trading in London would be affected, even though it would be outside the zone of a tax that is anyway likely to be scaled back. The tax, intended as a way of clawing back some of the taxpayer cash paid to shore up banks in the 2008-2009 financial crisis, would consist of a small charge on each stock, bond and derivative trade carried out in the 11 countries. But the court noted much of how the scheme will work remained to be decided and Britain had jumped the gun in challenging it now. The British government said it could still take fresh legal action and pledged to fight for its interests in the face of ever-closer integration among countries using the euro.

But the defeat is symbolically significant, coming months after the same court dismissed Britain's bid to overturn a law banning short-selling of shares - where investors gamble on a share price decline by borrowing shares, which they sell in the hope of being able to buy them back at a lower level.

British Prime Minister David Cameron has promised to renegotiate ties with the EU and hold a referendum on Britain's membership if his Conservatives win a general election next year. "This ... judgement shows that the UK cannot act to protect the UK's biggest interest," said Nigel Farage, leader of the eurosceptic United Kingdom Independence Party. "It shows Cameron's argument that the UK government can negotiate a better deal for British business from within the EU as a fraud and a farce." The ruling could also give Farage's party ammunition in its anti-EU campaign for elections to the European Parliament next month, in which opinion polls indicate it could come second to the main opposition party Labour or even first. The legal action is one of four over the past two years, in which Britain has sought to push back against new European rules or schemes that would hit its financial centre of the City of London. The UK also wants to change EU rules to curb banker bonuses. Pursuing such cases has antagonised some, leading to criticism of Britain's Chancellor of the Exchequer George Osborne. "The Chancellor should never have taken this case and used taxpayers' money to defend City fat cats," said Frances O'Grady, general secretary of Britain's Trades Union Congress. "It's time the financial sector paid its fair share of the costs of the economic crisis they helped cause." Germany and France, among the 11 countries backing a tax, have pledged to reach a broad deal in time for the European Parliament elections, but there are splits over the exact shape of the levy that will likely lead to its being scaled back.

Ultimately, however, the unsteady coalition behind the tax may play more to Britain's advantage than any legal challenge. The reservations of some countries are set to lead to a dramatic paring back of the scheme. In the run up to European elections, however, with memories still fresh of the financial crisis that plunged the region into an economic slump, few want to abandon the scheme.

Ambassadors for EU states meet in Brussels yesterday to examine progress. A paper prepared by the country diplomats who will host the discussion, however, said there was still disagreement about which trading should be taxed. One option, said the paper, is a gradual rolling out of the levy to gauge its economic impact before broadening its scope.

Some experts said Britain may have more success if it challenges the tax later. "Once the tax has been worked through, then that is when the UK needs to step in," said Chas Roy-Chowdhury, head of tax at ACCA, an international accounting body. Government lawyers believe that despite the defeat, the case lays down a legal marker that will enable them to launch further challenges to the project. The tax has been designed to reach beyond the boundaries of the 11 countries in order to stop banks moving trade deals to London, for example, to avoid the levy. "This is a shot across the bows as the 11 now know that the U.K. is watching carefully," said Alexandria Carr, a financial services lawyer at Mayer Brown.